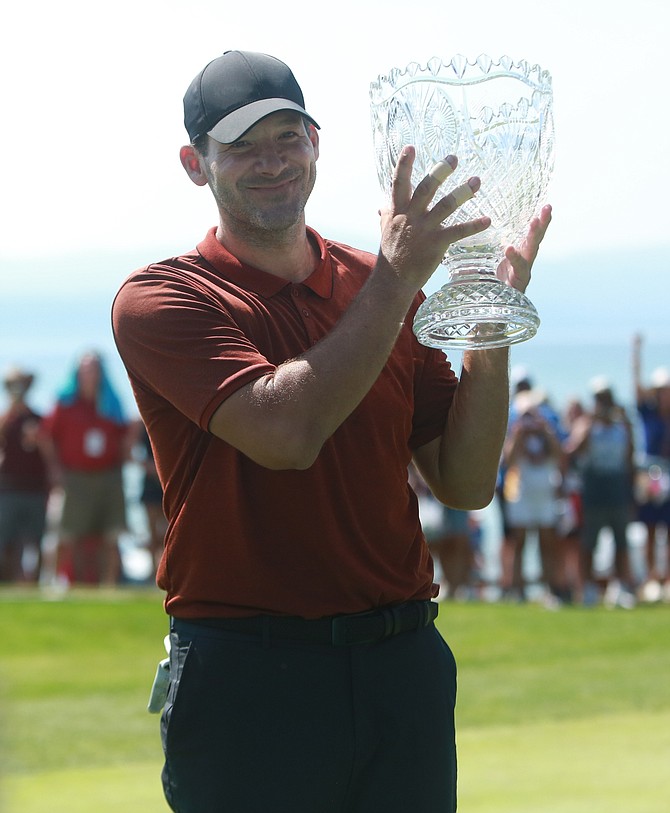 Tony Romo holds up the American Century Championship trophy on the 18th green after winning the 2022 ACC tournament Sunday. Romo did so on the second playoff hole ousting Joe Pavelski and Mark Mulder, who were all tied at the end of the final round.
Photo by Carter Eckl.