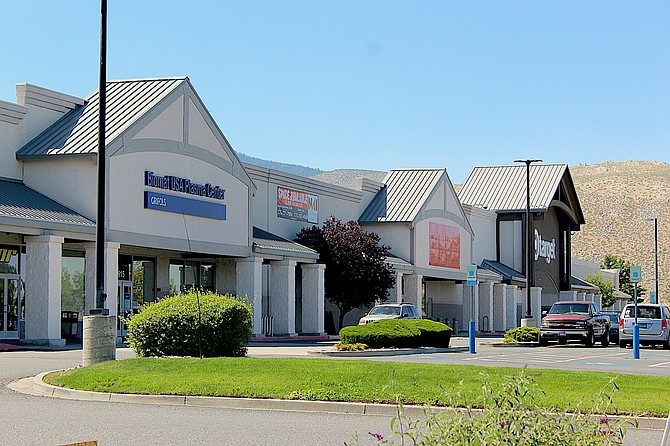 Douglas County's original redevelopment project brought Target and Home Depot at the beginning of the century.

Starting July 1, Douglas County’s sales tax revenues will have to be generated within the county’s boundaries.

County merchants generated an 8.7 percent increase in taxable sales during April, likely due in part to inflation.

The month brought the county up 9.3 percent to $882.47 million for the year with only two months left.

With two Walmarts and a Target, the county’s general merchandise stores saw a 1.5 percent increase to $10.36 million.

Online retailers reported $8.15 million in taxable sales, which was down almost a percentage point from last year.

The three categories related to tourism, including food services and drinking places, accommodations and gambling saw a combined taxable revenue of $14.4 million, up 5.3 percent from $13.67 million last year.

Motor vehicle and parts dealers saw a 34.4 percent jump to $7.47 million compared to last year that can be attributed to inflation.

With the fiscal year entering the home stretch, the Stateline casinos were the only jurisdiction to remain down for the year compared to 2021, according to figures released Thursday by the Gaming Control Board.

The main source of Douglas County’s gaming revenue dropped 13.69 percent during May compared to the same month in 2021.

That put the casinos down 6.25 percent with only June left to go in the fiscal year.

May was the second month in a row with a double digit decrease in gaming revenues. Since Jan. 1, only March has seen an increase.

Statewide, casinos reported a 5.71 percent increase for May and 40.9 percent up from the prior fiscal year.

Casinos in the East Fork and Carson City townships reported a slight increase to $12.36 million. The casinos in the two jurisdictions reported $125 million for the first 11 months of the fiscal year, up $112.59 million.

The county’s unemployment rate was 3.4 percent for May, according to the Department of Employment, Training and Rehabilitation.

There were 730 Douglas residents receiving unemployment benefits during the month. The county’s labor force is down 647 workers from May 2021.