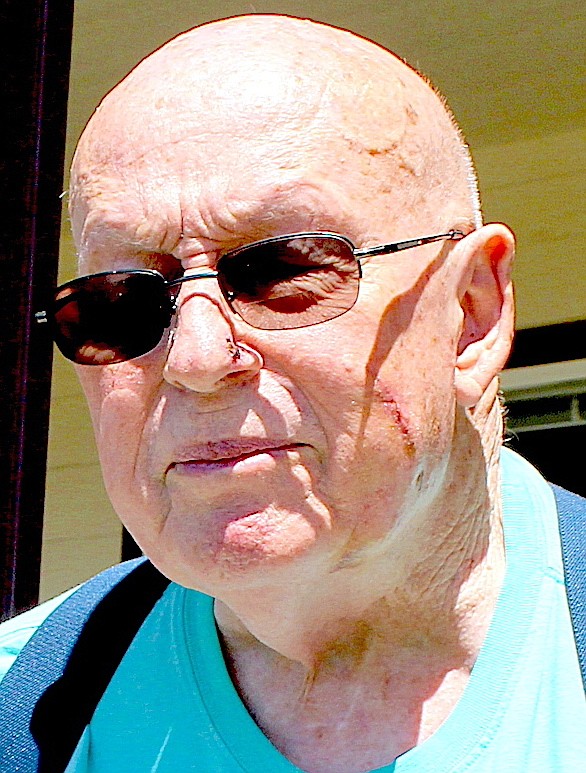 Not long after he arrived in Gardnerville, Wiley volunteered for the Carson Valley Community Food Closet, where he served for a decade.

One of the things he did in the first year was seek out additional storage space after the closet’s insurer told them they would have to pay extra if they wanted to continue to store food at people’s houses.

It only took a couple of weeks after he issued a call for help that Park Ranch Holdings stepped up with the needed space in time for the food closet’s busy season.

The food closet was still using space provided by the Parks in 2018 when work on the new food closet began in Gardnerville.

Wiley was the ever-present companion for wife and childhood friend Sally.

The two met in Vale, Ore., in 1954, when Wiley was 14 and Sally was 10. Both families moved to Oakland where they got to know one another at family events.

They started dating in 1989 and became partners in the apartment building that Sally operated.

Wiley was a lieutenant at the Oakland Fire Station on Oct. 19-20, when the Oakland Hills Fire raged, killing 25 people and destroying more than 3,000 residences.

“I had the pleasure of ‘running’ with Mike while he was a Chief’s Operator in Battalion 3,” said fellow firefighter Chris O’Rourke. “Then later when he was promoted to lieutenant he came and worked with us at Station 18 B. It was always a pleasure working with Mike as he was very capable, diligent, smart, personable, wise, experienced, calm and … well, just a good guy to be around.”

The couple moved to Gardnerville in 2001 after Mike retired.

A member of Sertoma, Sally would regularly offer updates on her son’s service overseas.

In an effort to help bring some meaning to his death, the couple started sending care packages overseas to American service members. Wiley helped keep the donation process organized and Sally on task during the decade they sent out the packages. The couple participated in Honor Flight Nevada while Sally was named a commissioner with the Nevada Department of Veteran Services.

The couple sold their East Valley home a year ago and moved to Oregon, but remained in touch with their Carson Valley friends.