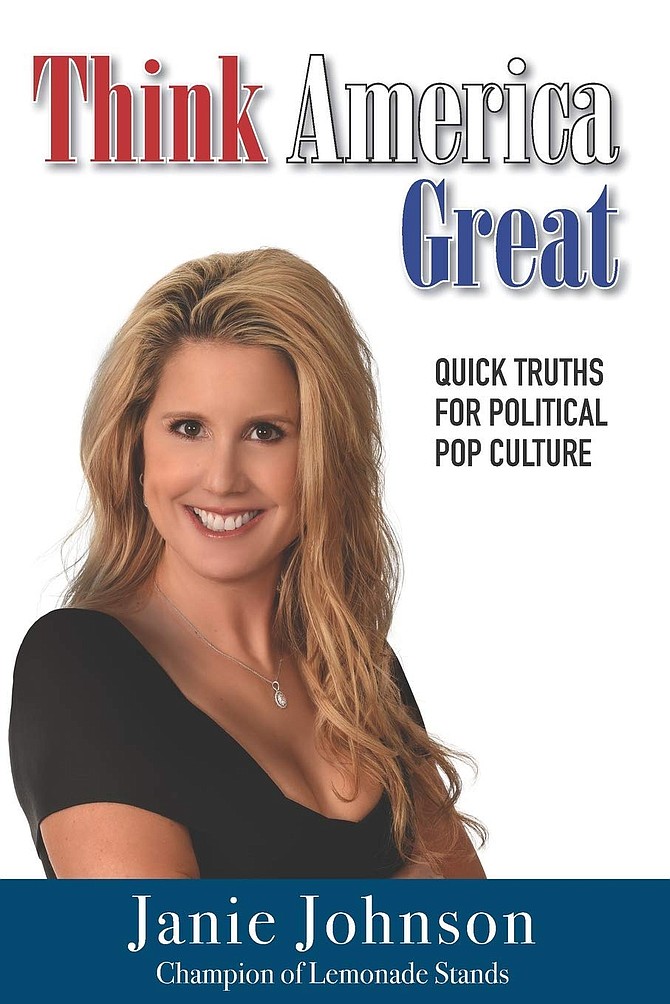 Janie Johnson's latest book will be available at the Republican Lincoln-Reagan Dinner on Feb. 18.

MIT ranked Johnson No. 105 as one of the world’s best social 50 media influencers of the 2016 election (Top 50 on the winning side — ranked ahead of Sen. Elizabeth Warren and the Democratic Party).

According to Twitter analytics, she influences over 11 million people monthly. Her first book, “Don’t Take My Lemonade Stand: An American Philosophy,” became a No. 1 bestseller on Amazon. Johnson has appeared on Fox & Friends, Hannity, Fox Business, NPR and many other media outlets.

The youngest of nine children and the mother of four, Johnson ranked No. 1 in the United States as a junior tennis player, according to her biography.

She received distinction as a three-time All American and Pac Ten Champion at UCLA, and as a former top 100 professional who competed in all four Grand Slams–Wimbledon, French Open, Australian Open and the US Open.

Her extensive travels around the world, as a professional tennis player, helped to inform her political philosophy.

Since leaving the professional tennis circuit, Johnson has devoted herself to raising her children and believes that everyday people can and must make a difference in our country. Her brand of common-sense conservatism focuses on children, patriotism, and optimism. “She is an informed voter who cares deeply about our country and its founding principles,” according to her biography. “She represents all of those who have not been particularly involved in the political process until recent events. Though a registered Republican, Johnson is displeased with nearly all politicians, including many Republicans. Her values are consistent with the Constitution and the notions of our founding fathers.”

The reception is 4:30 p.m. with dinner at 5:30 p.m. Tickets are $110 for the reception and dinner. The reception only is $50 and includes an autographed copy of her book. The dinner only is $70. For corporate sponsorship, media requests and whole table purchase as well as more information, contact Theresa DeGraffenreid at treedee62@earthlink.net or (775) 722-1318.