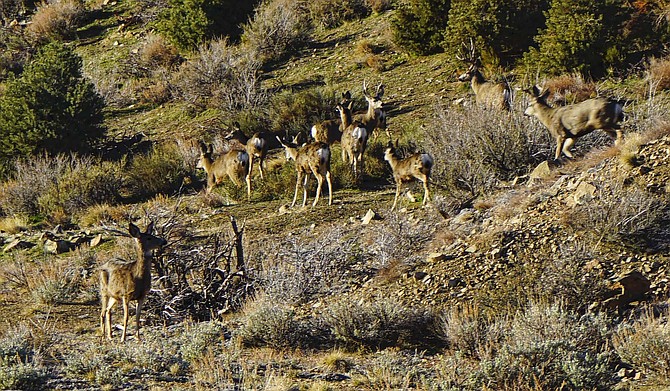 Genoa, Nev. — Five requests for Tier 3 vacation home rentals are on the VHR Advisory Board’s plate 1 p.m. today at the Douglas County Courthouse, 1616 Eighth St., Minden. I expect they’ll be at it most of the afternoon and into the evening if their last meeting was any indication.

Animal Control officers set a trap on Monday for a wandering Doberman in the Gardnerville Ranchos in an effort to get him back to his owner. He’s been evading anyone who tries to get close to him, so animal control is hoping the trap works.

The Zephyr Cove Branch of the Douglas County Public Library will be open 10 a.m. to 7 p.m. Wednesdays starting Feb. 2. That will result in the library being open four days a week from Tuesday through Friday.

Douglas is up to 45 new confirmed cases a day, according to the Nevada Health Response web site. The site lists eight confirmed or suspected hospitalizations for the coronavirus with one person in intensive care.

Another day that’s too nice to be inside, with sunny skies and a high temperature near 49 degrees. The wind will pick up out of the south at 5 mph before calming. It will be a chilly night with the low dropping to 17, according to the forecast.