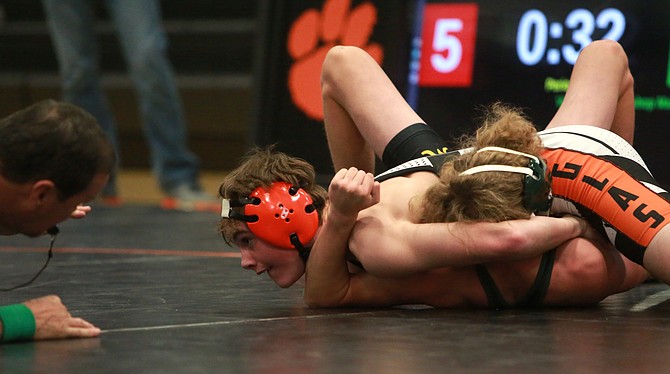 Hunter Morris looks for a pin at 120 pounds against Bishop Manogue on Wednesday.
Photo by Carter Eckl.