Eluder who skipped out on treatment in custody 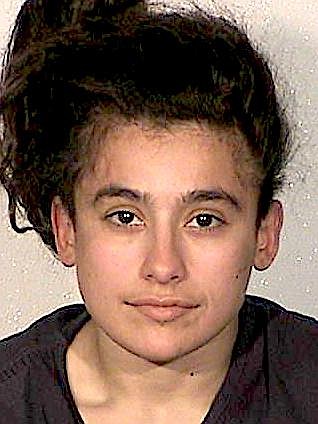 A woman who walked away from a treatment center on May 3, 2021, is back in Douglas County custody.

Destiny Niels Rich, 27, was returned to Douglas County on Jan. 6.

She admitted a felony count of eluding in April 2020 and was permitted to attend a treatment program. A nationwide no-bail warrant was issued for her arrest in June after she failed to attend her sentencing.

Rich was subject to proceedings in Arizona in the interim stemming from charges filed in December 2020.

She was arrested here on Feb. 17, 2021, after deputies spotted a Ford Explorer in the parking lot of the Grant Walmart that had been reported earlier that morning.

When deputies tried to contact Rich, she drove off and was chased south from the parking lot onto Highway 395.

She led deputies on a chase with speeds of up to 75 mph, where she drove up onto sidewalks and passed vehicles on the right and went into the oncoming lanes.

She was stopped near Leviathan Mine Road where she tried to turn around and a deputy bumped the Explorer off the road.

Just two days earlier, another woman was arrested in a stolen Dodge Challenger in a case that investigators originally linked to Rich’s.

The Challenger was reported stolen out of Mesa, Ariz., which is where Rich is from.

Driving the vehicle on Feb. 15, 2021, was Yvette Bryan, who told deputies she borrowed the vehicle from her mother’s friend the day before.

Bryan appeared in Douglas County District Court on Monday on a warrant return after she was dropped from drug court in November 2021.

She told Judge Tom Gregory she left to spend time with her family and intended to return when she was pulled over on Jan. 4.

Rich will return to court on Jan. 18 to set a sentencing date on her charges.