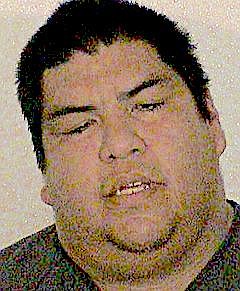 A Dresslerville man who attempted to elude deputies while driving around with 2.4 ounces of methamphetamine in his trunk was sentenced to 43-108 months in prison Tuesday.

Marvin Gilbert Dressler, 42, said his real issue was alcohol, though he acknowledged the methamphetamine use as a “bad habit.”

He said he drank or used in response to any sort of emotional or physical pain.

“All his life he’s struggled with drugs and alcohol,” attorney Kris Brown said.

Dressler was driving Sept. 9 when deputies chased his vehicle into the Ranchos sand pits. Brown said the chase was entirely on dirt roads and never reached high speeds. Dressler did bump a patrol car during the chase, Brown said the body camera footage didn’t show a major collision. Dressler was stopped when the deputy bumped him back.

No one was injured in the incident, though Dressler’s previous health condition led him to being held at the Warm Springs Correction Center, where doctors saved one of his legs.

• A Gardnerville man who helped himself to a car carrier that was parked behind Sharkey’s was sentenced to 12-30 months for grand larceny.

Jeremy Alex Doyle, 29, took the carrier in order to move a vehicle. Deputies spotted the carrier at the Gardnerville Walmart and found Doyle inside the vehicle.

His sentencing was delayed while attorneys processed how changes in California’s sentencing laws might affect Doyle’s case.

Because the Golden State would house inmates in jails to reduce prison costs, Doyle never served a prison term despite being convicted in a handful of felonies.

At least two of those felonies were reduced to misdemeanors and dismissed.

• A 40-year-old man admitted Monday to possession of a controlled substance in connection with his Sept. 11, 2021, arrest with 10 grams of methamphetamine.

Joseph Anthony Silva was arrested in Gardnerville after a traffic stop. Probation is mandatory and prosecutors said they wouldn’t oppose diversion at Silva’s Feb. 28 sentencing.

• A 30-year-old Carson City man will remain in custody pending a treatment bed date after he admitted to possession of a controlled substance.

• A 34-year-old Carson City man admitted Monday he had heroin in the jail Dec. 4.

James Albert Hernandez was granted an own recognizance release so he can find a treatment bed for his addiction.

He is being held on a six-month Tahoe Township Justice Court sentence, but his attorney said the judge would permit him to go to treatment during his custody.

As part of her sentence, she must pay $2,901.64 in restitution and stay out of the Stateline casino corridor.

She was ordered to pay $300 on Monday and $200 a month and whatever tax refund she receives in restitution.

• A woman who bought gift cards and then called her bank to say her credit card had been stolen already paid back the money she took.