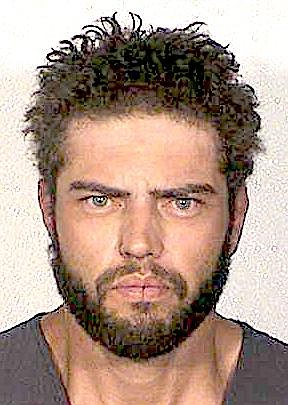 A man who texted a picture of a handgun along with a threat faces up to a decade in prison at his Feb. 1.

Ryan David Lee King, 26, faces 1-10 years in prison after he entered a guilty plea to a single count of home invasion in Douglas County District Court on Dec. 21.

King admitted to drinking alcohol before the Aug. 30 incident in the Gardnerville Ranchos.

He told deputies that he was trying to retrieve property he believed was his from the home on Tillman Lane. He’d been turned away once by an armed occupant of the home. He admitted breaking a screen door in an effort to get into the home.

As a result of a felony conviction, King agreed to forfeit the Glock and will be prohibited from possessing a firearm again.

He is scheduled to be sentenced on Feb. 1.

• A Grass Valley man is denying felony charges related to an accusation of domestic battery.

Robert Francis Carr, 33, is set to go to trial on Feb. 23-25 after a woman claimed he beat and strangled her in the bathroom of a Stateline hotel while their child was in the next room.

The original report was taken by Grass Valley police who interviewed the woman in an emergency room.

According to court documents, Carr was on probation for felony domestic battery at the time of the Aug. 8 incident.

He is being represented by Justin Clouser.

• A 38-year-old woman who said she’d been using methamphetamine since she was 13 is seeking a diversion program after she admitted to possession.

Tonya Louise Bechthold was arrested Nov. 11. She is scheduled to appear Feb. 1 to learn whether she will receive diversion or a sentence. The maximum penalty for possession is 1-4 years, and in Bechthold’s case probation is mandatory.

• A man who said he stole a Foothill resident’s pickup in a fit of drug-induced paranoia was ordered to spend 10 weekends in jail as part of his sentencing for attempted grand larceny of a motor vehicle.

“It will never happen again, I’ll tell you that,” he said.

District Judge Tod Young said Coclich’s good behavior in the case was an important part of why he chose to sentence to the gross misdemeanor instead of the felony.