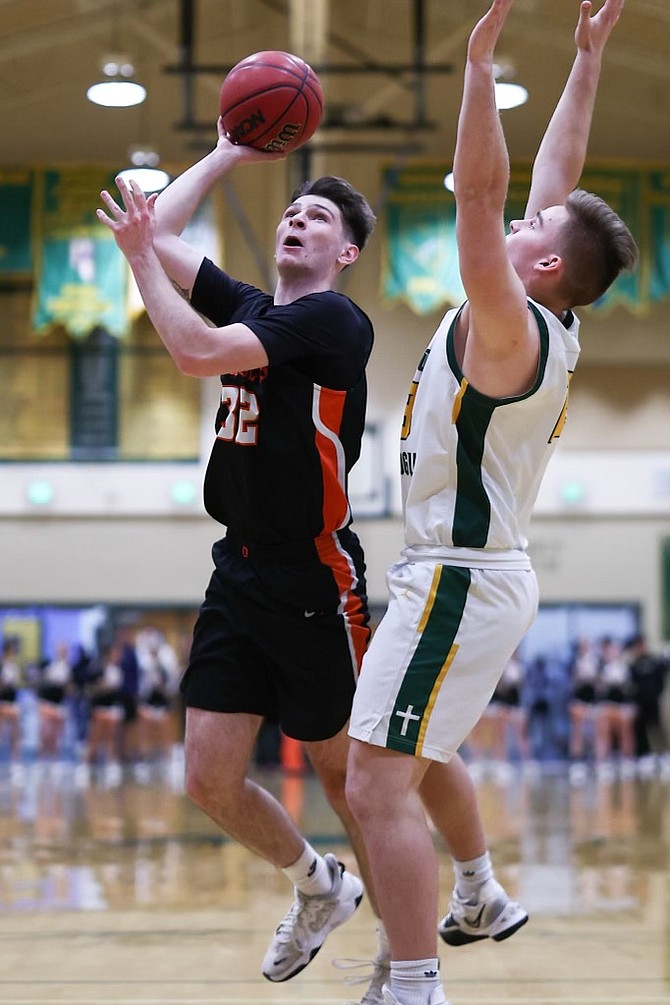 Douglas High's Chris Myers (32) goes up for two of his six points in the Tigers' regional semifinal win over Bishop Manogue Wednesday night. The Tigers punched their ticket to the Class 5A state tournament with the win.
Photo by Ron Harpin.


(The Douglas High bench reacts as time expires in the Class 5A regional semifinal Wednesday night at Bishop Manogue. The Tigers clinched a state tournament berth with the win. / Ron Harpin)