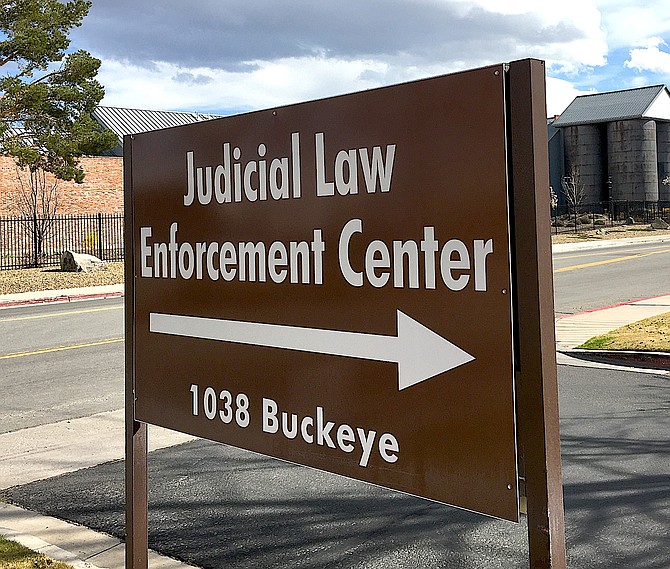 A $5.39 million transfer from the general fund will pay for the design and pre-construction contracts for a new Douglas County courthouse.

County commissioners approved transferring the money out of the general fund last week after being told there would still be 60 days of operating expenditures required by state law.

According to county financial officer Terri Willoughby, the county will receive an accurate cost estimate for the project and determine how much debt will be required to pay for the new courthouse.

In May, county commissioners agreed to purchase 57 acres of land for $5 million for the new courthouse.

TSK Architects Kevin Quan and Kevin Kenmer presented a rough proposal for the $41.5 million courthouse at the Aug. 18 Douglas County Board of Commissioners meeting.

The Judicial & Law Enforcement Center located at Buckeye Road and Water Street in downtown Minden opened 40 years ago on July 1, 1982.

Designed to expand with the county, the 40,000-square-foot building cost $4.5 million to build.

In 2011, the county completed a $4 million expansion of the jail. In 2017, East Fork Justice of the Peace Tom Perkins presented a proposal from the county’s judiciary to expand the law enforcement building.

Under the proposal presented in August, there would be room for a fourth courtroom, which would house the second East Fork justice.

The original plan to expand the current building located a block north of Highway 395 on Buckeye Road, would have required a parking garage to handle vehicles.

Instead, county officials decided to build a new structure dedicated to the courts. Concerns about transporting prisoners have been alleviated somewhat by the ability to conduct video arraignments and hearings in the justice courts. Both East Fork and Tahoe Township justice courts routinely deal with in-custody hearings via video.

In preparation for construction of the new judicial center, the Douglas County Sheriff’s Office has undergone significant renovation, with a new counter for the records department, that was paid for by federal recovery money.

The building currently houses both district courts, East Fork Justice Court, their clerks, the Douglas County District Attorney’s Office, Juvenile Probation and a variety of other law enforcement related offices. Space was so tight in the center that the county moved its law library to the Douglas County Public Library just to provide a little extra room.