Thunderstorms enter the chat this week 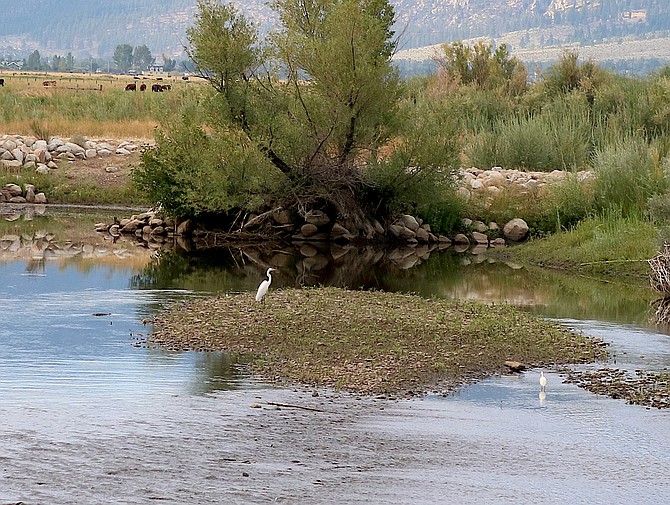 Gravel bars are visible on the East Fork of the Carson River south of Muller Lane on Tuesday morning.
Photo by Kurt Hildebrand.

The chance mother nature will double down on record precipitation in August is very nearly the same as it was the first week of the month when thunderstorms sent flood waters into Markleeville and a mudslide into a Foothill home.

There’s a chance of showers and thunderstorms between 11 a.m. and 11 p.m. today.

Wetter storms are expected on Thursday which could increase the chance for more severe storms, but the storms will move faster reducing the amount of rain that falls in any given spot.

Storms on Aug. 3-4 prompted Alpine County to declare an emergency. Heavy rain on the Tamarack burn south of Highway 89 sent mud and debris down Millberry Creek, washing out the culvert and closing Highway 89 until Monday.

On Aug. 4, heavy rain in Carson Valley sent dirt and mud into the back of a home on Horsethief Circle above Foothill Road, rendering a home there uninhabitable and washing out driveways.

The county has been conducting escorts past the Highway 89 work seven days a week until the expected Monday reopening of the road.

However, there is the possibility that heavy rains upstream could delay efforts to install a larger culvert under the highway.

Alpine has released forms for residents and businesses to seek funding and to report their damage.