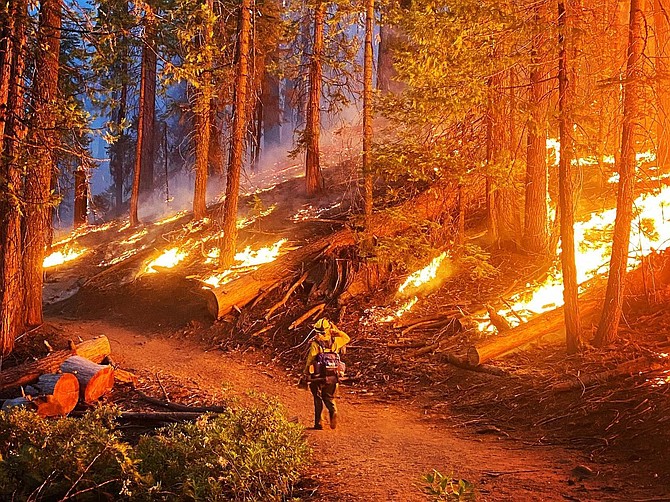 A firefighter patrols the Washburn Fire on July 25. Photo by Sarah Platt

East Fork firefighters are northbound after they received requests for a strike team leader and two brush engines.

An East Fork battalion chief left Monday night for the China 2 Fire burning in the Klamath National Forest after a request from the California Office of Emergency Services.

Both fires remain uncontained and fire officials don’t expect to get a line around either until the end of August.

According to fire.airnow.gov, there is no indication that smoke from either fire has made its way to Carson Valley.

As of Tuesday morning, firefighters had a line three-quarters of the way around the 19,244-acre Oak Fire burning west of Yosemite.

The fire sent smoke north into Carson Valley not long after it was first reported on July 22. Both it and the Washburn Fire a dozen miles to the east are expected to be contained by Aug. 6.

The Washburn Fire is 97 percent contained at 4,886 acres.