Convicted robber back in custody after walking away from camp 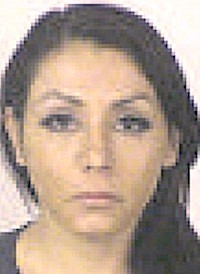 A woman who was convicted of robbing a Gardnerville man at gunpoint is back in custody after she walked away from a prison work camp in March.

Stacy Conti-Salway, 40, was apprehended by the Nevada Department of Corrections with the help of the U.S. Marshal’s Service in Vacaville on April 27.

According to the Department of Corrections, Conti-Salway walked away from Jean Conservation Camp in Southern Nevada on March 24.

Conti-Salway was sentenced to 3-10 years in prison in September 2017 in connection with the Dec. 14, 2016, robbery. She lured the victim, whom prosecutors said she’d been stringing along for months, to her house, where Frankie Perez was waiting with a ball bat and a gun. The pair escorted the man to the bank where he withdrew $300 and they let him go, the victim testified in court.

Conti-Salway was serving a 5-10-year sentence out of Lyon County for burglary.

Perez was sentenced to 7-18 years in the Douglas case.

He was also sentenced to 4-10 years in a Lyon County home invasion case. He remains in High Desert State Prison where his sentence isn’t due to expire until 2025.