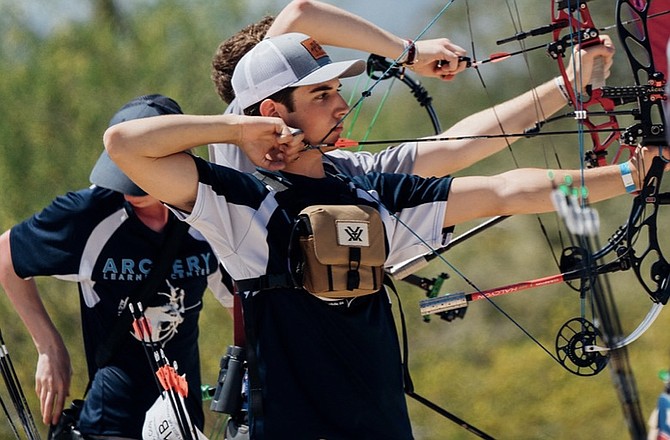 Cooper Davies draws back his compound bow during a competition. Davies will continue to compete in the compound bow division at University of the Cumberlands next year.
Courtesy