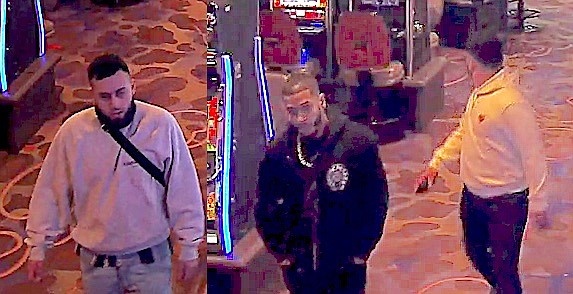 Three men are being sought in physical altercations that occurred March 20 at the Hard Rock Hotel & Casino in Stateline.

A trio of drunken men are being sought in connection with several batteries that occurred at the Hard Rock Casino in Stateline on March 20.

Douglas County investigators are seeking the public’s help in identifying the men who were involved in physical altercations both in and out of the casino around 3 p.m. that Sunday.

Two of the men were involved in the altercations.

Anyone with information Investigator Brandon Williamson at 586-7253 with any information relating to the identity of the suspect(s).