Attacking at the dish 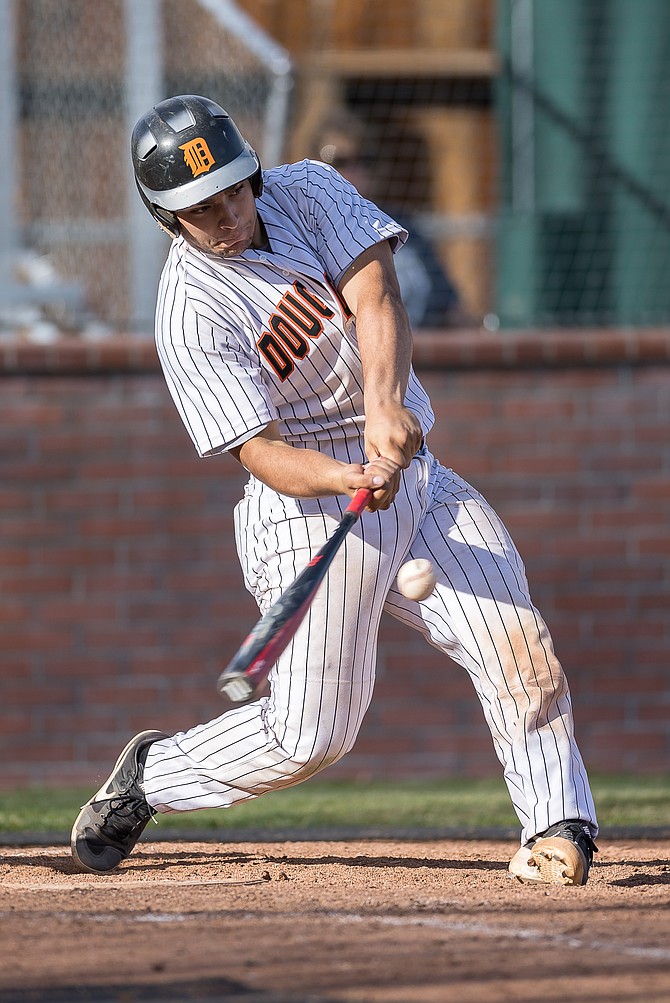 Douglas High’s Gabe Foster turns on a pitch earlier this season. With some changes in his approach at the plate, Foster has seen his batting average jump nearly 200 points this season.
Photo by Ron Harpin.


(Douglas High freshman Jeffrey Peters looks for a sign at third base before stepping into the box. Peters has 13 hits for the Tigers this season, including two doubles, a triple and a home run. / Ron Harpin)
Biggest year-to-year improvements at the plate