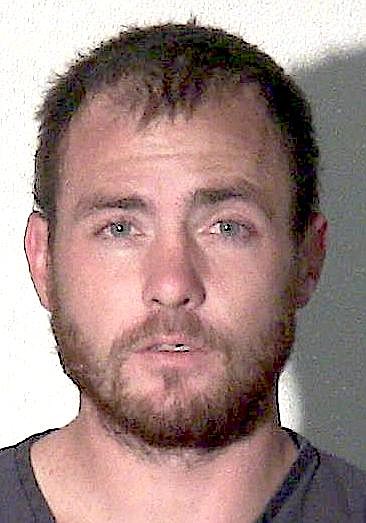 A man who drove under the influence of alcohol and caused a collision could face up to two decades in prison.

Daniel Alex Dadeppo, 30, entered a guilty plea Tuesday for driving under the influence and causing a vehicle collision and bodily harm to another driver.

It was reported that Dadeppo, driving a Black BMW, crashed with a Honda at 4:40 p.m. Feb. 13 at Highway 88 and Mottsville Lane.

The driver of the Honda suffered a fractured shoulder, ribs and vertebrae, according to Prosecutor Patrick Ferguson.

According to court documents, Dadeppo said he’d been drinking for several days and he saw that the light had changed to red, but ran it anyways, colliding with the Honda.

The maximum penalty for driving under the influence and causing bodily harm is 20 years and a fine of $5,000.

• A drug addiction may have alternative consequences, but selling drugs is most likely a prison sentence.

Natalie Marie Cosovich, 28, was sentenced to 2-5 years in prison on high level of possession of a controlled substance Tuesday.

According to court documents Cosovich was arrested Oct. 22, 2021, with 116 grams of methamphetamine in addition to heroin and Xanax and paraphernalia.

“It wasn’t all for personal use, she was ready to sell,” said Prosecutor Matt Johnson.

Cosovich claimed she sold drugs so she could support her addiction because she did not want to go through the withdraws.

“You were willing to have other people go through the same things you didn’t want to,” said District Court Judge Tod Young. “I really hope you change, but you can’t expose others to drugs because you don’t want to go through withdrawals.”