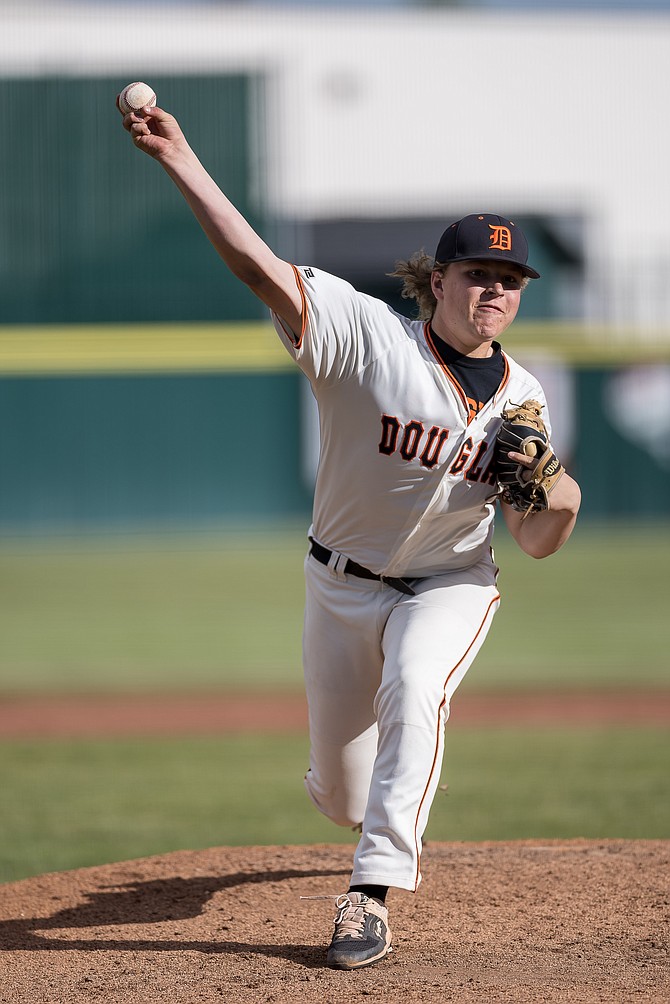 Douglas High sophomore Keegan Snooks tosses a pitch during his complete game performance against Galena Thursday. Snooks didn't allow a run while punching out four in the Tiger win.
Photo by Ron Harpin.