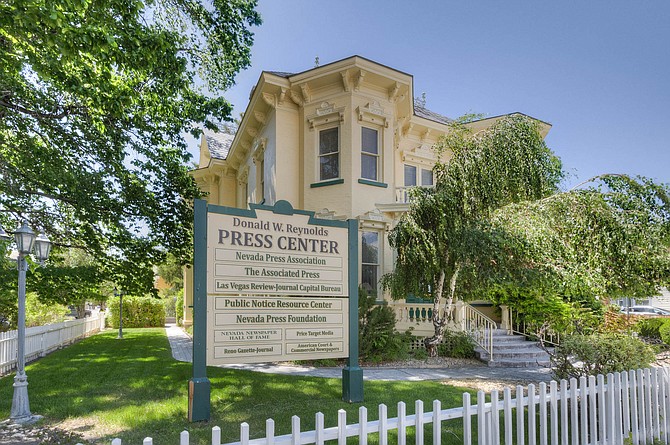 The Rinckel Mansion headquarters of the Nevada Press Association has sold.

The Nevada Press Foundation announced it sold its headquarters at 102 N. Curry St. in downtown Carson City earlier this month.

The property was purchased by Sarah Martin, who intends to operate the building as a bed-and-breakfast and public tearoom. The sale price was $1.2 million.

The foundations has owned the Rinckel Mansion since 2000, when the Donald W. Reynolds Foundation made a grant to the organization to purchase and renovate the building.

The organization has occupied the mansion since then, sharing offices with the Nevada Press Association.

The Foundation Board of Trustees approved the sale so the organization could focus on its core purpose of fostering and promoting good journalism and advertising solutions in Nevada.

“The Foundation is a very small organization and owning and operating an office building diverted most of its attention and resources,” said Foundation Chairman Sherman Frederick, CEO of Battle Born Media when the building was listed in June. “Selling the building will also provide additional income to help the organization fulfill its primary mission.”

The property was originally built in 1876 as a home for the family of local merchant Mathias Rinckel. It was designed by Ecole de Beaux Arts-trained architect Charles H. Jones and was listed on the National Register of Historic Places in 1975.

“We’re gratified Ms. Martin plans to operate a business and open the Mansion to the public,” said Foundation and Association Executive Director Richard Karpel. “It promises to be an excellent addition to the Curry Street Corridor and a benefit to Carson City’s residents and visitors.”