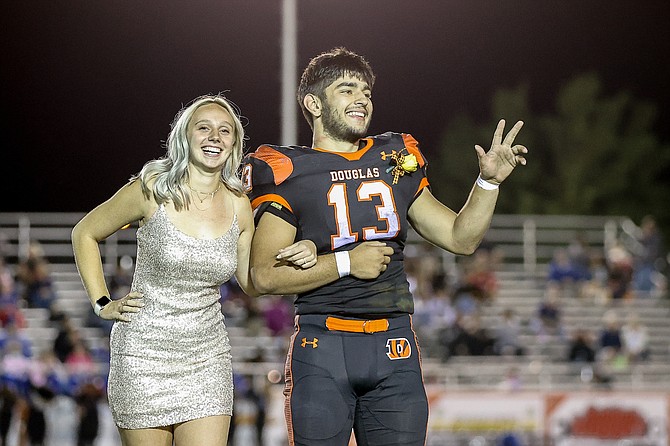 The homecoming celebration spilled out into Minden Park on Wednesday.

“Look at all the people,” Douglas High School Leadership advisor Karen Lamb said, soaking it all in.

On Wednesday, alum Mark Jackson and Krysta Palmer joined the Douglas High School Hall of Fame. Jackson is a member of the class of 1981 and is Douglas County District Attorney. Palmer, 2010 graduate, won bronze in diving at the Olympics this summer.

Last year’s Homecoming Fall Fest was canceled due to the coronavirus outbreak, but students turned out in droves to celebrate their alma mater, which is observing 105 years in Carson Valley.

The homecoming king and queen were scheduled to be crowned during halftime at Friday’s football game against the Reed Raiders.

The homecoming dance is tonight.