Maybe pay for parking at Candy Dance next time 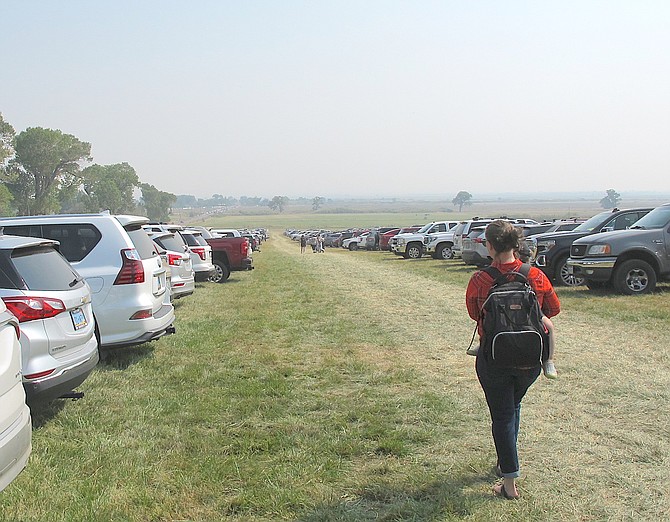 Parking is available at all three entrances to Carson Valley.

Last year’s cancellation of Candy Dance left a big hole in Genoa’s budget and in many folks’ social calendars.

Everything seems good to go for the fundraiser that has notched more than a century since 1919 when it was first organized to buy streetlights for the town.

Besides raising most of the town’s annual budget, Candy Dance is an important fundraiser for other organizations.

Parking serves as a critical source of revenue for a couple of outfits. Fees have increased to $10. As a resident along Jacks Valley Road, who has reported on a score of Candy Dances, I can say a lot of people who come in from the north find themselves parking along the highway.

The number of cars along Jacks Valley serves as a sort of thermometer for the event. Unfortunately, the Genoa Cemetery is the smallest parking area and usually fills up before the craft fair even opens.

That means a morning traffic jam as people try to get turned around with cars parked on either side of the road, and a walk of more than a mile. Having ridden that shuttle in from the cemetery more than once, I can guarantee that no one who made that walk is vaguely happy on the ride in. Parking on the Ranch No. 1 fields is a lot closer and less of a hassle and is worth the $10 to avoid a warm walk in the sun after wandering around the event for a couple of hours.

I’m hoping the Masons will be putting on breakfast and the Genoa Volunteer Fire Department is serving Italian sausage sandwiches this year, because those are always delicious.

While there is a somewhat carnival atmosphere in Nevada’s oldest town over the weekend, Candy Dance is a celebration of pioneer self-reliance.

I’d been working for the Nevada Appeal all of a month and was ready to quit in 1996 when Barry Smith arrived as managing editor.

Barry was part of the crew that rolled into the Appeal after Swift purchased it in 1995. Up until then, the big paper in Sierra Nevada Media Group was the Tahoe Daily Tribune, which is where the presses were located.

Smith managed to blend a group of very competitive reporters, photographers and designers into a single unit. He was one of the reasons I ended up sticking around for another six years, and returning for a year after my stint at Nevada Magazine before I returned to The R-C in 2004.

On Saturday, Barry, who served as director of the press association for around the same amount of time he edited the Appeal, was named to the Nevada Newspaper Hall of Fame. He deserved the recognition and more.