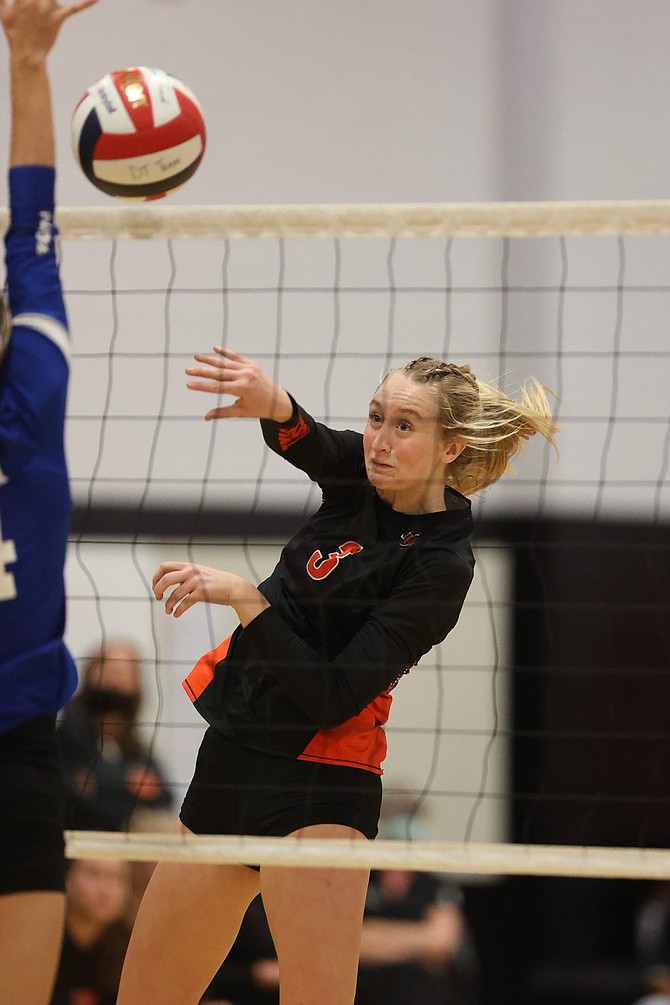 Emerson Dufloth (3) deposits one of her six kills in a four-set win over Carson Thursday night.
Photo by Ron Harpin.