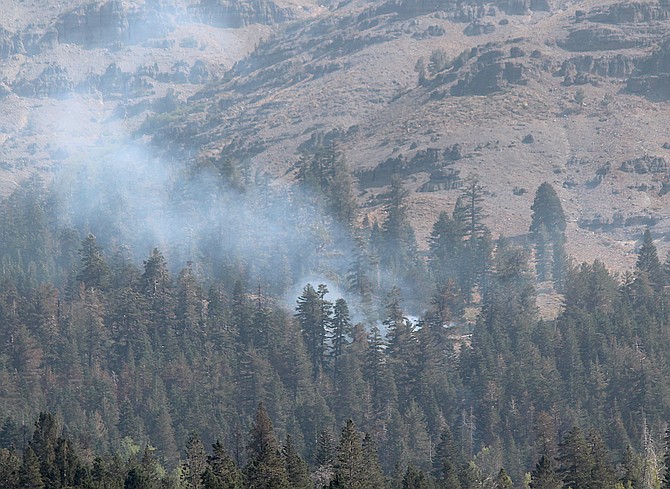 As Highway 50 opens on the north side of the Caldor Fire it appears the fire spread into the gap on the fire’s southern flank near Caples Creek overnight.

Satellite mapping at 7 a.m. shows about 400 acres affected less than a mile north of Highway 88.

“Last night this thing moved around a little bit,” fire official Mike Page said on Tuesday morning’s briefing. “It still has a lot of potential to grow.”

That area of the fire includes steep rocky terrain and firefighters will coordinate with aircraft, including a super scooper.

A red flag warning for gusty winds and low humidity is in effect for the west slope of the Sierra through 11 a.m. Tuesday.

The fire claimed 1,003 structures and saw an increase in the number of firefighters to 1,534, according to the National Interagency Coordination Center situation report issued this morning. The fire has cost $208 million to fight so far.