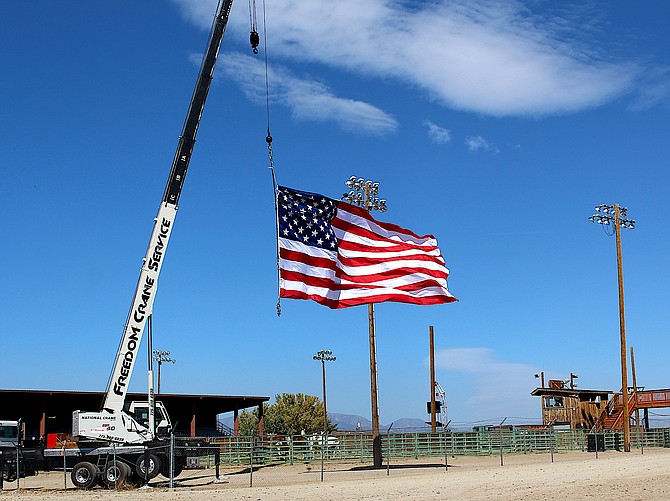 Weather conditions have prompted cancelations of public safety power outages for customers of both Liberty Utilties and NV Energy.

"At this time, we do not anticipate the need to proactively shut off power to customers," Liberty Spokesman Kurt Althof said Sunday morning. "Liberty will continue to monitor the situation. On behalf of Liberty and our public safety partners, we would like to thank you for your patience and cooperation as we all work together to keep our community safe."

A public safety power outage at Lake Tahoe was canceled early Sunday morning after forecast weather that prompted it never materialized. The outage was anticipated to affect Kingsbury Grade, Round Hill and Glenbrook.

It would have been the first of its kind in Douglas County where power was shut off in response to weather conditions as opposed to an active fire, as occurred with Tamarack in July.

A lake wind advisory is in effect for Lake Tahoe through noon today.

No major new fires appear to have resulted from Saturday’s critical fire danger near Carson Valley.

While air quality on Sunday morning was in the good range, smoke from fires burning in Southern California appears to be drifting northward.

A Public Safety Outage Management warning remains in effect for the Round Hill, Glenbrook and Kingsbury zones.

"(That) means an outage event remains highly likely for those areas," NV Spokeswoman Jennifer Schuricht said at 6:22 p.m. "We will be monitoring weather conditions in real time to determine whether to shut off power for fire safety. De-energization could occur between 8 p.m tonight and 12 a.m. Sept. 19. We expect the outage to last until tomorrow at 8 p.m."

A red flag warning for critical fire danger remains in effect through 8 p.m. Saturday for most of Western Nevada, including Carson Valley. Minden-Tahoe Airport recorded a 36 mph wind gust at 2:55 p.m. A lake wind advisory is in effect at Lake Tahoe with southwest winds 15-25 mph gusting to 40 mph and waves 2-4 feet high. A wind gauge at Skyland recorded a 37 mph gust at 3:14 p.m.

As of 7 p.m.  NVenergy.com was only reporting two customers without power in Northern Nevada.

For more information about the outage, visit www.nvenergy.com/psom

A proposed public safety outage from Genoa to Clear Creek was canceled late this morning.

However, the company added Kingsbury Grade, to Glenbrook and Round Hill at Lake Tahoe to the list of locations that were highly likely to see a power outage beginning 8 p.m. tonight and lasting through 8 p.m. Sunday.

“The outage timeframe includes the duration of the weather event and an estimate of how long it will take crews to inspect the lines for damage, vegetation or debris in order to begin safely restoring power,” power company officials said. “Please note that the restoration time may change based on weather conditions or if crews must make repairs to equipment.”
A drive-through customer service center will be set up at the Hard Rock Hotel and Casino 11 a.m. Sunday if the outage occurs.

The goal of the outages is to prevent power company equipment from igniting wildfires.

A red flag warning is in effect for nearly all Western Nevada and parts of northeastern California for critical fire weather due to low humidity and gusty winds.

A cold front rolling into Carson Valley over the weekend could bring near freezing temperatures by early Monday morning.

lmao, Nevada should just change its name to California-clone at this rate.