Sheriff's Office: Woman makes bail after being arrested in Gardnerville hit and run 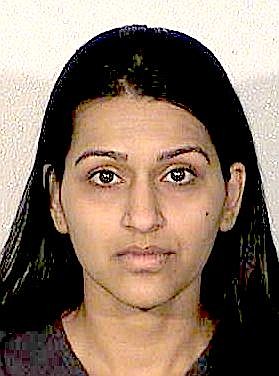 A Gardnerville woman was arrested on Tuesday afternoon accused of driving a vehicle that injured a child on a scooter in Chichester.

Priyanka Khosla, 30, was arrested after deputies responded to Brooke Way at around 4:10 p.m.

According to the sheriff’s report, the child suffered from a compound fracture in the collision. He said he was riding his scooter on Petar Lane when he was struck by a silver vehicle.

The vehicle didn’t stop, but video footage provided by a neighbor showed a four-door sedan with a spoiler and tinted side vents.

A vehicle matching the description was spotted near Starbucks on Waterloo and was pulled over at the Village Motel.

She allegedly told investigators that she was the one driving the vehicle but that she didn’t realize she’d struck the child.

She posted bail on Tuesday night after being booked for hit and run with injury and failure to notify law enforcement of an collision.