Nothing lasts forever despite the best efforts 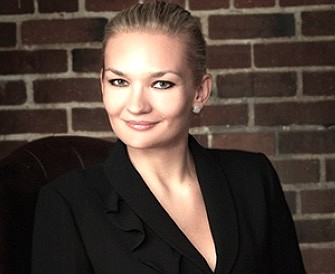 Trusts are created with a lifelong intent. However, unexpected life events such as the end of marriage can cause significant changes in personal and financial interest arrangements. While, technically, a trust is not marital property but is instead an arrangement to hold the property by one party for the benefit of the other, ultimately, a divorce is likely to impact one’s existing and future estate plan. The type of trust and the character of property placed in trust impacts how a trust is treated in divorce. Most people create a revocable living trust and fund it with community, and sometimes separate, property.

When a couple creates a trust, they typically transfer all their assets, separate and community (joint), into their joint trust. Absent an agreement to contrary or specific actions by the property holder, transferring one’s assets into a joint trust does not change the separate or community property characteristic of those assets. In other words, even if placed in a joint trust, a separate asset will remain a separate asset.

The law also recognizes that changed personal circumstances such as divorce impact the provisions of the joint trust. Nevada Revised Statutes state that unless the parties agreed otherwise, any revocable dispositions of property to a former spouse are automatically revoked upon divorce and any remaining provisions of the trust are given effect as if the former spouse has disclaimed his or her interest. Furthermore, any nomination of a divorced person’s former spouse or their relative to serve in any fiduciary or representative capacity such as a trustee, agent, guardian, or executor are revoked.

Oftentimes, litigation is necessary to resolve the division of property issues. This is why the clear designation of one’s separate and both parties’ community property is crucial. Sometimes, the best option for a person with significant separate property is to have his or her own individual trust separate from the joint marital trust. Furthermore, a properly drafted and executed prenuptial or even postnuptial agreement can clearly outline the division of assets in case of divorce and ultimately avoid the need of expensive litigation.

After the divorce, the trust is typically terminated and the assets are divided and held in one’s individual name and the designations of one’s spouse as their fiduciary and representative are revoked. Consequently, previously married people who had a joint trust typically do not have any estate plan as individuals. Therefore, as part of post-divorce life, it is important to not overlook establishing an individual estate plan for the future.