A suicide is a life unfinished 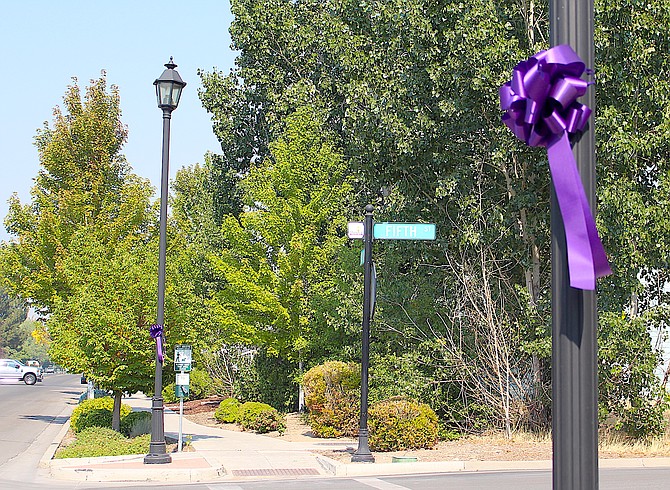 September is Suicide Prevention Month, a time to build awareness and open the lines of communication around a challenging topic, one that people often avoid. At Suicide Prevention Network, we believe that if people are willing to learn about risk factors and bring empathy to those who are suffering, there is hope. Together, we can provide help and reassurance that there is no need for anyone to feel alone or isolated in their thoughts and feelings.
Douglas County is rich with resources to support anyone facing a personal challenge. The question is, how do we connect people with these resources?
One way to start is to bring awareness to the stigma that can often hinder people from seeking help. Language matters. When we say someone committed suicide, it can unintentionally imply malicious intent, akin to committing a crime or a sin. What we know is that suicide is most often a way for someone in the depths of hopelessness to end their pain. Often, it is the only way a suffering person can see a way out.
In an article titled, “Suicide and language: Why we shouldn’t use the ‘C’ word,” collaborators Susan Beaton, Dr. Peter Forster, and Dr. Myfanwy Maple state, “We now live in a time when we seek to understand people who experience suicidal ideation, behaviors, and attempts, and to treat them with compassion rather than condemn them. Part of this is to use appropriate, non-stigmatising terminology when referring to suicide.”
Changing the way we speak about suicide is an important step to opening the conversation and encouraging people who are suffering to reach out for help. With these points in mind, it is deemed more appropriate to say someone died by suicide.
For many years, Douglas County has ranked number two in the state for suicide deaths per capita. To regard any year as an average year is not an accurate designation and should never be considered acceptable. Every life matters, and every number represents a life lost. Statistics can never reflect the impact of an empty chair – a suicide is a life unfinished.
Suicide Prevention Network formed in 1998 following the suicide death of a Carson Valley middle school student. Douglas County has always been a community in action during times of crisis, and people from all sectors came together to address this tragic loss and work toward a way to prevent it from happening again. The organization earned non-profit status in 2002 and has continually worked to provide suicide prevention, intervention, education, and support services to all. We offer trainings to help people understand and recognize the warning signs of suicidal ideation in themselves and others. We facilitate support groups that include those who are suicide loss survivors and those who experience PTSD, which encompasses levels of trauma that include the witnessing of, or direct experience with, violence, abuse, and natural disasters. We provide referrals to those seeking interventions and additional support and resources. Find information on our website at spnawareness.org.
Suicide Prevention Network is open and offers support services Monday through Thursday from 9 a.m. until 5 p.m. We are located at 1625 SR-88, Suite 203 in Minden and our office number is 775-783-1510.
SPN is not a 24-hour crisis call center so if at any time, you or someone you care about needs immediate assistance after hours, call the National Suicide Prevention Lifeline at 1-800-273-8255 (TALK). You can also text CONNECT to 741741 if you prefer to communicate that way. In an emergency, dialing 911 is an option.
As you travel the 395 corridor through Minden and Gardnerville during September, you may notice purple ribbons tied to light posts and benches. In recognition of National Suicide Prevention Month, these ribbons serve as a reminder to bring awareness to suicide and its effects, remembrance to those affected by it, and encouragement to reach out to anyone you think might need help.
Suicide Prevention Network is committed to reducing the stigma surrounding mental health and suicide and to helping those experiencing difficulties by providing appropriate resources and referrals. Together, we can make a difference.

Debbie Posnien is executive director of the Suicide Prevention Network