Tiger football and its postseason runs through McQueen 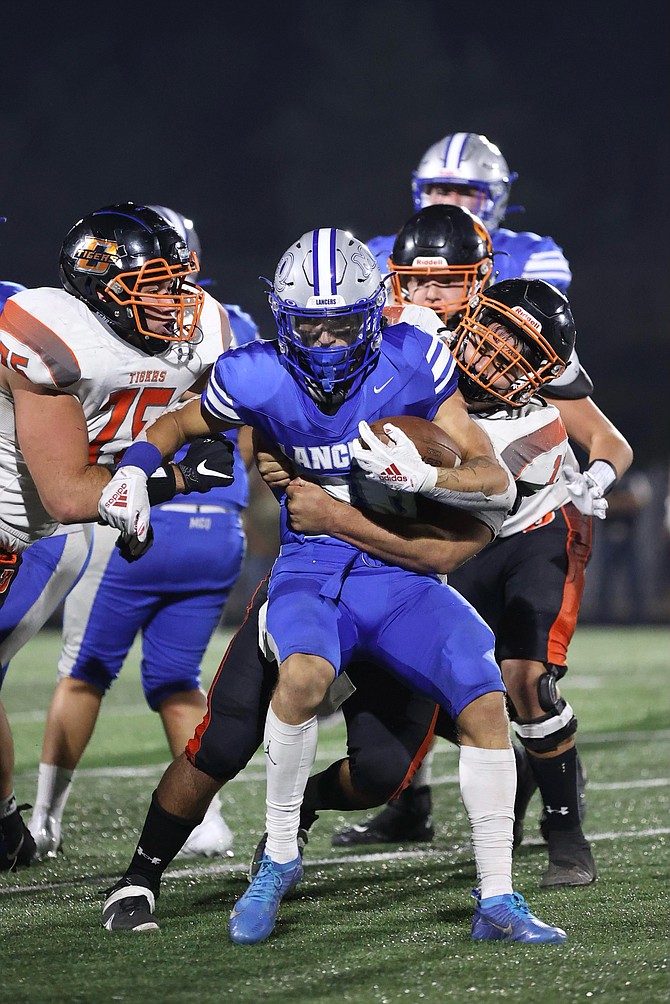 A handful of Douglas tacklers try to wrap up McQueen running back Ashton Hayes, during the Tigers' first meeting with the Lancers in early September. The two clash again in the postseason Thursday night.
Photo by Ron Harpin.