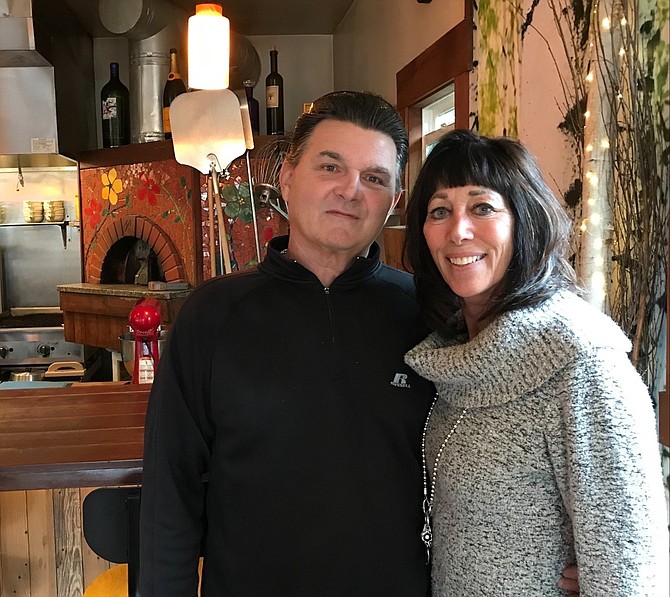 Stonefly Restaurant in Markleeville will reopen Thursday under the new ownership of John and Faith Saletti.

The couple previously owned restaurants in Lompoc, Calif., and Minden for 20 years.

They plan to keep the Stonefly name and upscale mountain ambiance, while expanding the hours and the menu.

With more than 80 years combined experience in the restaurant industry, John as an executive chef and Faith a baker, the new owners look forward to bringing their passion for great food to the Alpine County community.

“We love to cook, to feed people,” says Faith. “Since we’ll be opening with experienced staff and a business that has been built well, it gives us the opportunity to focus on what we love doing.”

Stonefly was founded in 2010 by Ali Bornstein and Nick Hartzell both of Markleeville.

Over the years, Stonefly has established itself as an upscale eatery known to require reservation days in advance to secure a table.

Guests can expect many of the entrees they have come to love, along with some new farm to table menu items from around the world including wild game, homemade pastas, and seafood.

In addition to expanding the menu, Stonefly will have extended hours 4:30-8:30 p.m. Thursday through Sunday, year around.

Reservations are recommended and can be made by calling in advance (530) 694-9999. Stonefly is located at 14821 Hwy 89, Markleeville, Calif.
For more information, visit www.stoneflyrestaurant.com and join the conversation on Instagram @Stonefly_Markleeville.