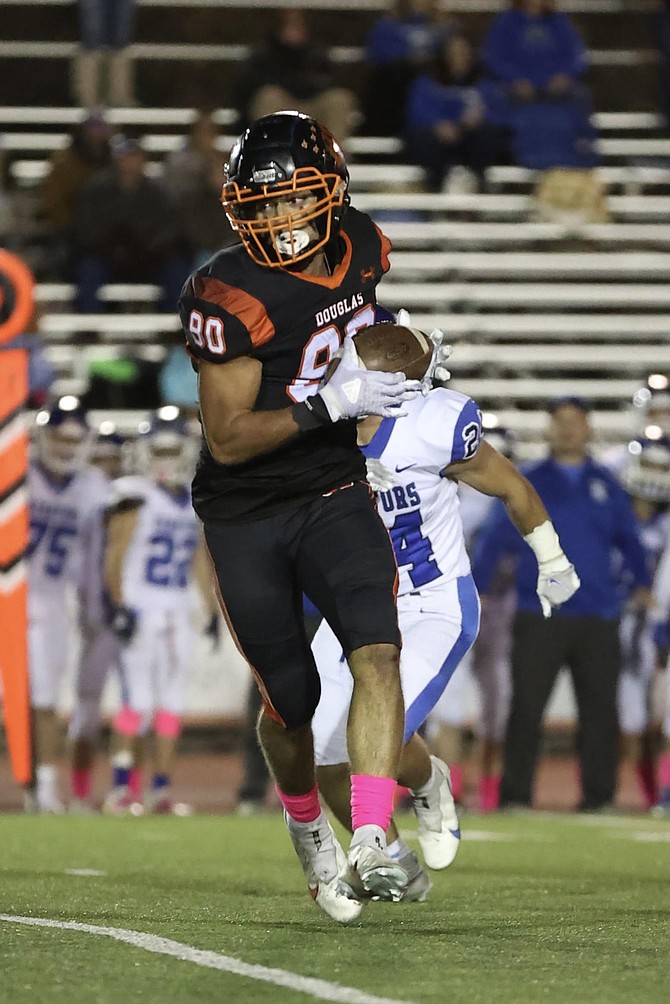 Tiger wideout Trevor Middaugh (80) hauls in a 35-yard touchdown pass from Owen Evans during Douglas' rivalry matchup with the Senators from Carson.
Photo by Ron Harpin.