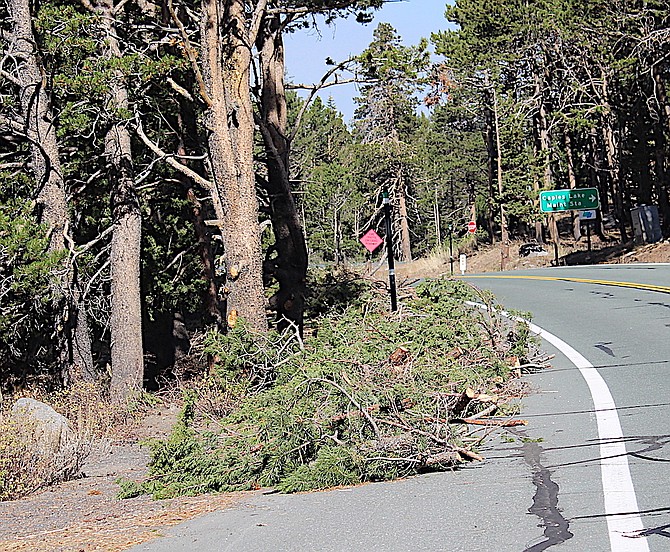 A 22-acre stand of trees that survived the 2019 Caples Fire succumbed to the Caldor Fire on Wednesday, serving as a reminder that the 346-square-mile fire that crested the Sierra is still very much alive.

“We expect to see minor increases in acreage as isolated pockets of unburned vegetation dries out and burns,” Incident Commander Jeff Knudson said.

Completing a line around the final 2 percent of the fire will be delayed another two weeks after Saturday’s containment date was set back to Halloween.

“We are working as quickly, efficiently and safely as possible to get as much done before potential weather systems move in,” Knudson said in the Thursday morning update.

A storm expected late this weekend isn’t expected to bring much moisture as warmer and drier conditions continue.

Work is continuing along Mormon Emigrant Trail to remove hazardous trees as roughly 1,000 firefighters patrol and mop up hot spots and respond to reports of smoke.