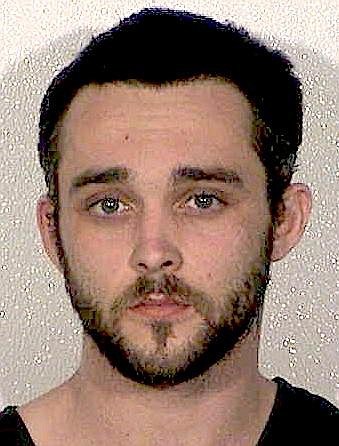 A man, who is the subject of a federal warrant for allegedly groping a woman on a flight, was sentenced to 12-30 months in prison on Tuesday for trying to bribe a deputy.

Ryan Alexander Manuella, 28, was ordered to begin serving the prison sentence after a six-month jail sentence for domestic battery.

Manuella was arrested April 22, 2020, after deputies responded to a report of a domestic battery at a Kingsbury Grade vacation rental.

He was arrested and booked into jail where body camera video showed him offering the deputy a $1,000 bribe to release him.

Attorney Brian Filter described Manuella’s attempt to bribe a deputy as “almost comical if it wasn’t so serious. ‘I’ll give you $1,000 if you let me go.’”

Manuella posted bail after two days in custody and was ordered to wear a GPS device to track his movements.

Prosecutor Chelsea Mazza said Manuella failed to appear in court the next month and removed the GPS. He was the subject of a rare nationwide bulletin issued by the Douglas County Sheriff’s Office on June 9, 2020.

Nearly a year after he was originally arrested, he ran afoul of federal authorities during an April 16 flight to New Jersey.

According to a federal complaint, Manuella allegedly grabbed a woman’s groin during the flight to Newark

Manuella sat next to the woman and started touching her. She hopped up and told him to leave her alone, according to the complaint.

He was brought back to Douglas County on May 14, with a hold from the U.S. Marshal’s Office in New Jersey.

Mazza said she’d talked to the federal prosecutor, who told her they intended to pursue the charges against Manuella, and that releasing him to Douglas custody was actually an error.

Filter said his client had psychological and substance abuse issues in seeking probation.

“I had a bad relapse,” Manuella said. “I let down a lot of people.”