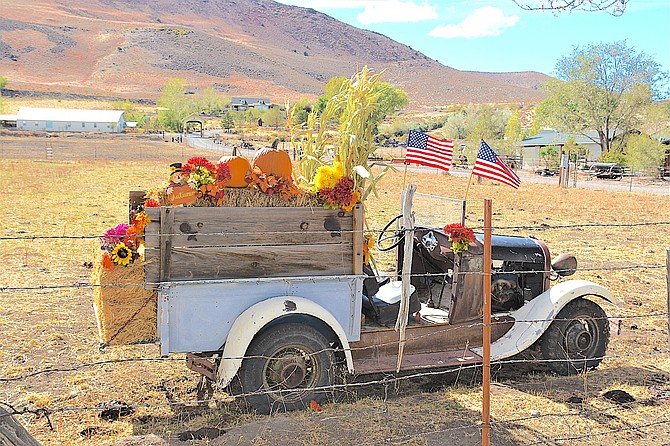 Genoa, Nev. — East Fork firefighters are responding to a fire in a compost pile on Bently land this morning. The chief concern is not allowing the fire to spread to other compost piles. No structures are threatened, but it’s windy and the pile is putting out a lot of smoke.

Minden-Tahoe Airport recorded a 40 mph wind gust at 5:55 a.m. with sustained winds of around 30 mph. The wind shifted from southwest to west around 4 a.m. as a cold front heads south.

There were easily 36 people at Saturday’s tour of the Mottsville Cemetery conducted by Laurie Hickey. As we progress through October expect similar events. Laurie raised money for the Wreaths Across America project.

The post office is closed, as are federal banking institutions, for Columbus Day. The state and county offices will be open since Nevada traded the federal holiday for its birthday, which will be observed on Oct. 29 this year.

The first road controls in Western Nevada are along Mount Rose Highway where the traffic cameras are showing snow. If you’re traveling over Kingsbury or Spooner this morning, watch for slick conditions.

Expect very cold conditions overnight, so if you have hoses hooked up still, it might be a good idea to get them disconnected and drained.

The temperature at the airport dropped 8 degrees in two hours and is continuing down as the cold front makes its way south. The high temperature for today of 52 degrees was at 2:55 a.m. There might be some rain or snow before 11 a.m., but I wouldn’t count on it.