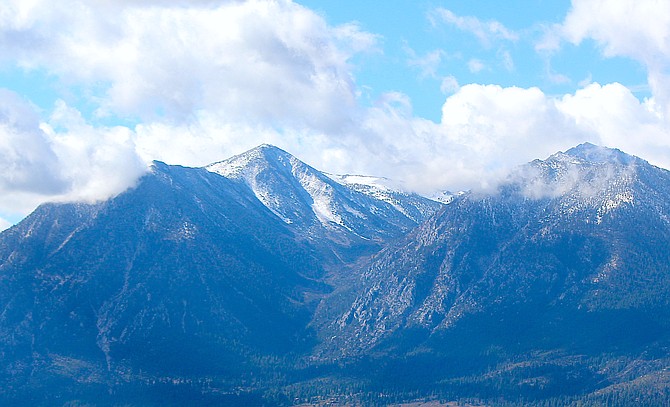 Showers on Friday left snow on Jobs Peak for the first time since the middle of June.

Less than a tenth of an inch of rain fell in Carson Valley on Friday morning, as a cold front passed through.

An inch of snow was reported at Hagan’s Meadow. Genoa received less than .05 inches.

As a front approached, the Pine Nut Mountains in northeastern Douglas County were peppered with lightning, with nearly 10 strikes indicated at lightningmaps.org

The National Weather Service in Reno reported most upper elevations in the Sierra received 1-3 inches of snow.

The brunt of the storm passed north of Carson Valley, but there is a chance for additional moisture arriving early next week.

In the meantime, residents are facing below freezing temperatures starting early Saturday morning with the low forecast to hit 25 degrees in Minden.