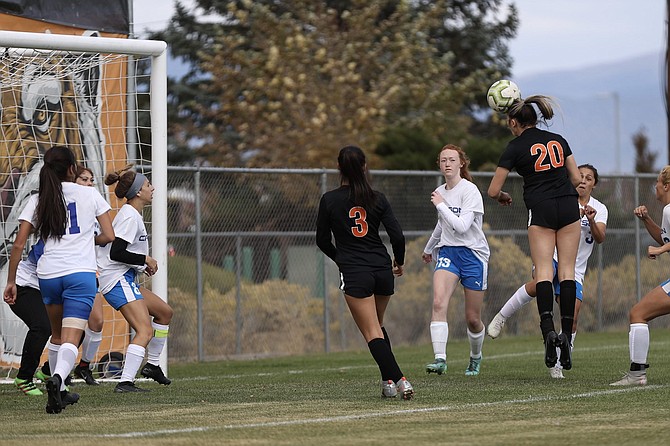 Aleeah Weaver (20) puts her head to a goal in the second minute of Douglas' 2-1 win over Carson Wednesday.
Photo by Ron Harpin.