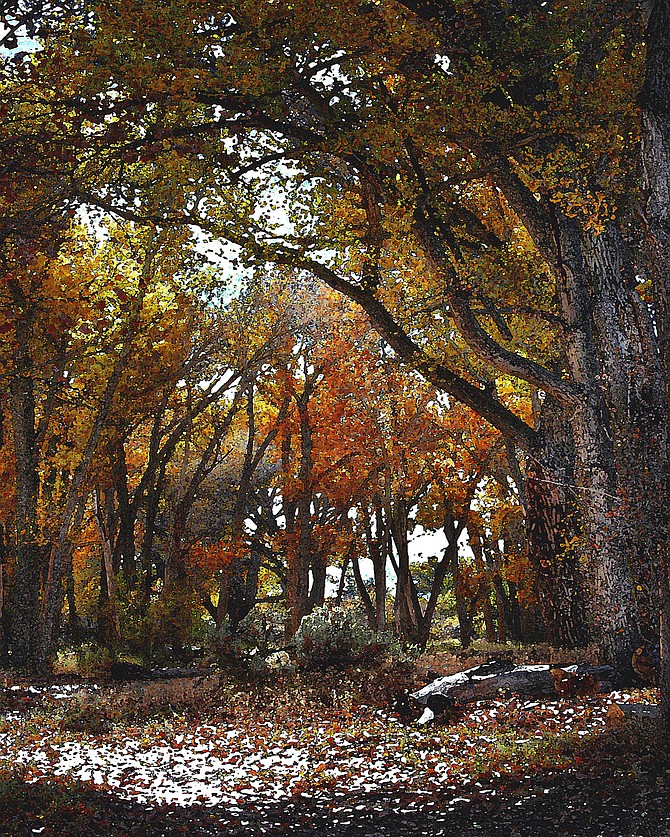 The November meeting of the Carson Valley Photo Club was held via Zoom with 18 members attending.

Award-winning photojournalist and Syracuse University teacher John Berry, who worked for a local Syracuse paper for 33 years was the presenter.

Berry happens to be the brother of club treasurer and web master Barbara Mower.

His assignments over the years working for the newspaper were, as he called it, very mundane. He photographed local high school events, quilt shows, nudist colonies, state fairs and anything in between. He also showed photos of 9/11 and Afghanistan. He used natural light and worked his photos naturally as he didn’t like to use photoshop. A most interesting presentation.

Berry was also the judge for the club photo contest, whose theme was HDR, (chromacolor), Panorama, Fall Landscape.

Winners were Nancy Hulsey with first place for her photograph, "A Touch of Snow." Second place was awarded to Kim Steed for "Snowliage" and third place was also Hulsey with "Leaves of Fall.”

“We are asking members to volunteer for our club board as elections for board members for the coming year will be held next month,” Hulsey said. “This has been another difficult year, again, as meetings were held via Zoom rather than in person. Our board members did an amazing job this year. Thank you, all.”

The club will be welcoming new members in January. Our dues are $36 for a single member and $52.00 for a couple. Applications are on our website.

The photo club meets 6:30 p.m. the second Tuesday of each month. Follow the club on Facebook to find out if the meeting will be virtual or in-person.