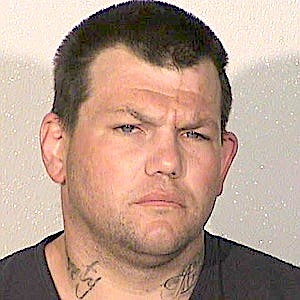 A parolee’s failure to stop for deputies resulted in the death of a Gardnerville man on Tuesday in the Gardnerville Ranchos.

Blake Edward Thacker, 31, was identified as the driver in the 4:45 p.m. incident.

“Thacker has an extensive criminal history, is currently being held on the Oregon felony parole violation and will be facing numerous felony charges in Douglas County for the pursuit,” the county reported on Wednesday afternoon.

According to the initial report, Thacker drove up on a Douglas County Sheriff’s patrol vehicle on Tillman Lane at high speed around 4:45 p.m., almost hitting the vehicle, before ducking onto side streets.

The deputy recognized the Jeep and driver as being someone the Sheriff’s Office had been looking for over the past week.

The deputy spotted the Jeep as it dodged through the streets and attempted to stop him.

During the pursuit, Thacker’s Jeep rounded a corner at high speed and rolled over before landing on its wheels and continuing to flee.

When he reached the intersection of Tillman Lane and Patricia Drive, the Jeep struck another vehicle driven by a 19-year-old woman. The Jeep rolled several times and Schulze was ejected. He was declared dead at 5:11 a.m.

The woman was transported to Carson Valley Medical Center with unspecified injuries. Reports are that she was shaken up by the collision.

Thacker was transported via helicopter to Renown Medical Center in Reno where he remains.

The Carson City Sheriff’s Office and the Nevada Highway Patrol are conducting the investigation.

East Fork firefighters set up lights so investigators from the Nevada Highway Patrol and the Carson City Sheriff’s Office could work through the night.