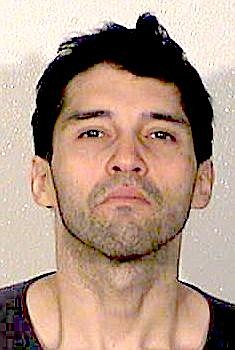 A Lake Tahoe man who tried to swipe five $100 poker chips from a casino table and stole a credit card from a woman’s purse more than five years ago was ordered to prison on Tuesday.

David Jason Martinez, 38, violated his probation after he was convicted of lewd acts with a 14-year-old child in 2019.

Attorney Matthew Ence said Martinez is scheduled to withdraw his plea in favor of a lesser charge on Nov. 29, which is still a felony, but converts lifetime sex offender supervision to supervision for 10 years.

Martinez told the judge he admitted the charge in California because he was told he would be released after being in custody for 19 months.

He admitted to being a “bad heroin addict” when he attempted the theft on July 21, 2016.

Given credit for 157 days time served, he was ordered to serve 1-3 years in prison. He has been in Douglas County custody since Oct. 20.

• A California man faces up to a decade in prison after he admitted two counts of transporting a controlled substance in connection with his May arrest for having 7.5 ounces of methamphetamine.

Calvin Aaron Davis, 49, was driving the vehicle on May 6 when it was pulled over. A drug dog alerted to the methamphetamine. Davis also admitted having 19 grams of heroin. Each count carries a maximum sentence of 1-5 years in prison.

In exchange for his plea, prosecutors agreed not to seek habitual criminal status for Davis who has a long criminal record and was paroled in 2018 after serving a sentence on several burglary counts.

Davis is scheduled to appear for sentencing on Jan. 4, 2022.

• A nationwide no-bail warrant was issued for a chef who admitted to stealing a purse containing $300 at a Stateline casino.

David Allen Monroe told his attorney he couldn’t appear in court for sentencing in September because he was working on an oil rig that was affected by Hurricane Ida. His sentencing was delayed a month to give him time to return to Minden.

When he didn’t appear on Tuesday, District Judge Tod Young issued the warrant. It will be up to the judge to decide if Monroe is sentenced for a gross misdemeanor or face 1-4 years in prison for attempted grand larceny.

• A $25,000 bench warrant was issued for the arrest of a man who failed to appear for his arraignment in court on Tuesday.

Kevin Louis Cucuk, 30, was arrested Sept. 21 after the vehicle he was in was stopped for a traffic violation.

Cucuk was the subject of a bench warrant out of Esmeralda County and was taken into custody. During a search deputies found 7.9 grams of methamphetamine.

• A California man could be sentenced on either a felony or a gross misdemeanor after he admitted Tuesday to a charge of attempted theft of a motor vehicle.

Joseph Henry Rickert IV has been in custody since Aug. 9 after trying to steal a pickup from the Harvey’s parking garage at Stateline.

The judge gets to decide whether he faces 1-4 years in prison or 364 days in jail at his Dec. 14 sentencing. Either of those sentences could be suspended.

Robert Michael Wayne Cochlich, 31, faces either a gross misdemeanor or a felony at his Dec. 21 sentencing for attempted grand larceny of a motor vehicle.

According to court documents, Cochlich told investigators he was suffering a bout of paranoia when he took a 2001 Dodge pickup at around 11 a.m. from a ranch below Foothill.

He said he abandoned the pickup at the Topsy Walmart after he realized what he’d done. Investigators found a cigarette butt in the vehicle, which was tested for DNA that revealed Cochlich’s identity.

• A Texas couple, whose 4-month-old infant was found alone in a Stateline hotel room while they were gambling downstairs, were sentenced to suspended 90-day jail terms for child endangerment on Tuesday.

Neither Chan Chu, 45, and Tiffany Nguyen, 44, completed the gambling addiction course as ordered in September 2019.

They appeared in court on Tuesday and were told to complete the course over the next year or face jail terms.