We may forget, but God remembers 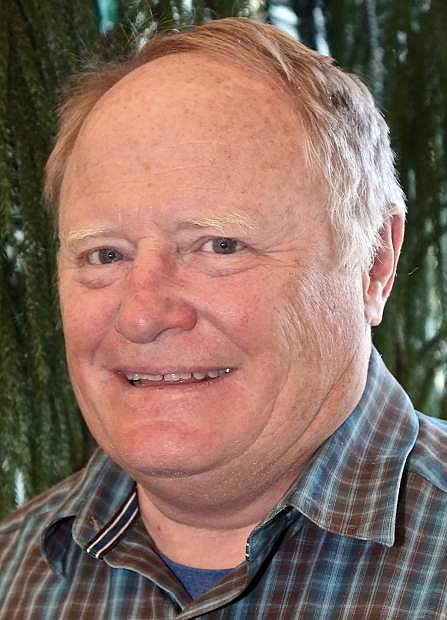 Ralph was 21 years old in July of 1969, just four years older than me. He could have been my older brother. Years later, I came to know his parents, but I never had the chance to meet him.

We lived on the Oregon coast in the mid-70s-80s, and there we met Ralph’s parents, Ralph Sr. and Eloise. They were the kindest, gentlest souls. “Grandpa Ralph” adored our three young daughters, and Eloise knitted our oldest a beautiful blanket when she was born.

Before we traveled to the East coast to visit family one summer, we heard the story about Ralph, their son. He had joined the Army and was deployed to Vietnam in April 1969 as a radio operator. On July 19, 1969, the day before the Apollo 11 crew landed on the moon, a mortar shell landed on the position from which Ralph was transmitting, killing him instantly.

Ralph and Eloise seldom spoke about the loss of their son: they carried that burden constantly but quietly. I returned from that trip with a rubbing of Ralph’s name, etched on the Vietnam War memorial. His eyes moistened as he received it.

Both Ralph and Eloise passed on while we lived on the Oregon coast, which was 35 years ago. There are no immediate family left to remember Ralph and thousands like him: men and women, once young, full of life and promise, who gave “the last full measure of devotion” defending our freedoms, in Lincoln’s eloquent words.

That’s the purpose of Memorial Day: for us to remember the fallen and the price they paid for the freedoms we enjoy today.

This commemoration also declares the obvious: we all tend to forget. If we need a special day to remind us of those who made such noble sacrifices, who will remember us once our life here is over?

King David wrote of the tendency of all but One to forget:

the wind blows over it and it is gone,

and its place remembers it no more.

the LORD’s love is with those who fear him,

God remembers! If even a sparrow doesn’t fall without His notice, we’re assured that He knows and cares for each of us. Jesus has done everything to make us right with God through faith in Him. God’s love gives our lives and deeds their ultimate meaning; we can rest knowing that our life now and our eternal destiny are secure with the One who sees and remembers.

So this Memorial Day weekend, as the pandemic fades and we enjoy a renewed opportunity to gather, let’s remember those who, like Ralph, sacrificed their lives to help secure our freedoms.

Let’s also remember — and trust our lives to — Jesus Christ, whose own sacrifice sets everyone who believes in Him free from the tyranny of sin and death.