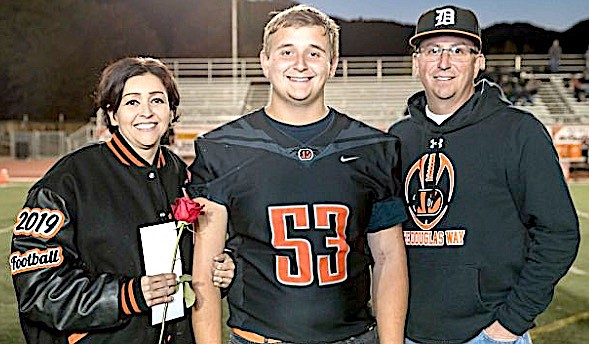 The event consists of a single elimination tournament with 16 mixed teams of six players at $150 per team. Competitors are encouraged to wear costumes with the theme of this year’s Carson Valley Days. The event will also feature a Public Safety match between the Douglas County Sheriff’s Office and East Fork Fire.

“We really wanted to bring back this fun event for the Carson Valley and it’s a great fun way for people to be active and competitive while donating to a great cause,“ said Jen Nalder, Regional Manager at Anytime Fitness. “The more teams we have, the more fun this will be and the more money we can raise to help the Lynch family. Plus winners will get bragging rights for the next year.”

All the proceeds from the event will be donated to the Lynch family for a medical life-saving procedure.

Monica Lynch, wife of Sheriff’s Sgt. Will Lynch was diagnosed with polycystic kidney disease around 2002.

Since that time Monica has dealt with the disease with only a small group of people knowing. Over the last year Monica has had approximately five surgeries. Of those were to prep her for peritoneal dialysis, her left kidney was removed, and she started dialysis in July 2020. This fundraiser is for medical expenses not covered by insurance, both for Monica and her donor.

The event will include other fundraising activities with auction items and vendors. The winning teams will be presented with trophies. Teams can register to participate at: SPACEBALLS a Carson Valley Days Dodgeball Tournament

Monica and and Will Lynch have traveled back and forth from Gardnerville to San Francisco over the last couple of years for medical check-ups. Her kidney transplant will take place at California Pacific Medical Center in San Francisco.

A GoFund Me account has been set up for the Lynch family as well and is currently accepting active donations. Monica Lynch's fundraiser for a kidney transplant, organized by Will Lynch