Senator turn to regional play with regular season over 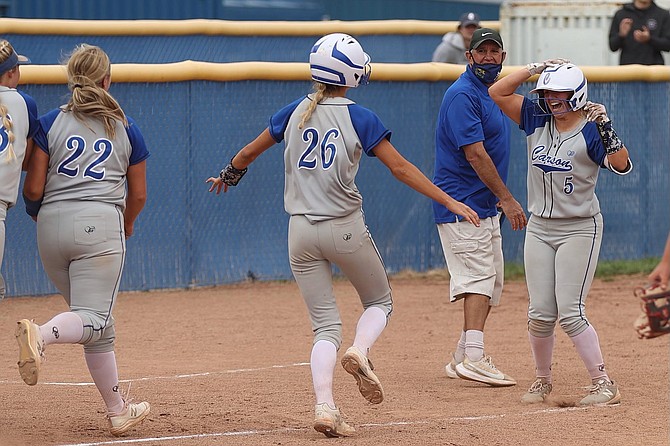 Carson High's Caydee Farnworth celebrates on third base after hitting a walk-off to right field Saturday afternoon to beat Douglas in the regular-season finale. Photo by Ron Harpin.

Caydee Farnworth walks it off for the Senators with a double to right field. The Senators and Tigers split the season series. Regionals is next for both squads. pic.twitter.com/ueFMOk6Z5L