Time to prepare for wildfires 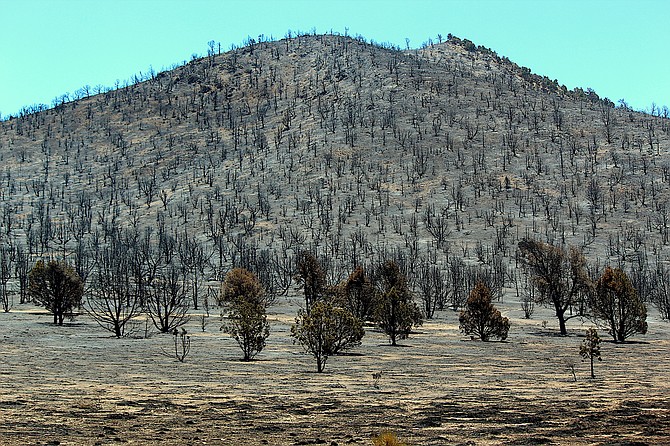 Fires in the Sierra Front claimed at least one life and scores of homes last year, a grim reminder that we are surrounded by a tinderbox.

We know it’s early for big fires, but National Weather Service forecasters are predicting elevated weather conditions through much of central Nevada today.

Gusty winds and low relative humidity are a formula for fire weather watches and red flag warnings, and it won’t be long before we start seeing those in our corner of Nevada.

With extreme drought creeping into northeastern Douglas County and severe drought through the rest of the county it’s not going to get better as the summer continues.

Some of Douglas County’s worst fires occurred in May and June, including the TRE Fire which occurred on May 22, 2012, and claimed 7,500 acres and several structures.

Both the 1984 Indian Creek and 1996 Autumn Hills fires occurred in late June. Last year’s fatal Walker fire occurred in November and burned down a big chunk of the homes. That same day, Nov. 17, 2020, firefighters were scrambled across Carson Valley chasing controlled burns reignited by the wind. That’s when a structure fire started not far from where Autumn Hills began nearly 25 years earlier.

Jets of flame shot from a propane tank near the home that, thanks to hard work by firefighters and more than a little luck, survived the encounter.

Of all the natural disasters that have befallen Douglas County over the past 160 years, wildfire is the one we can do the most to prevent.

Now is the time to prepare by clearing brush from around homes and other structures. You can find out more by visiting livingwithfire.com.

After that, use a little common sense, whether you’re in town or the wilderness. If it’s dry and windy and what you’re doing generates a bunch of sparks, show some awareness of the conditions around you, and knock it off.