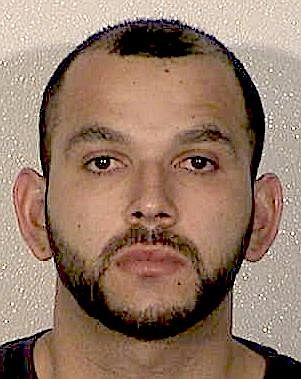 A Gardnerville man was sentenced to up to eight years in prison on Monday for breaking a woman’s rib and giving her a concussion.

Manuel Dejesus Gutierrez, 29, was sentenced to 28-96 months after the victim pleaded with the judge to show mercy.

Under the law, he could have faced up to 15 years in prison for a subsequent felony domestic battery.

“You are a repeat offender who beats women,” District Judge Tom Gregory said. “All she did is ask you what you were watching.”

Gregory said the letters from the victim and her parents contributed to his not giving Gutierrez the maximum sentence.

The victim said their children love and miss him.

“It doesn’t seem right to send him to prison that long,” she said.

Gutierrez apologized to the victim.

“I’m so sorry for the pain I inflicted on you,” he said. “As your husband I should have protected you. I’m truly sorry for what I put you and the kids through.”

Gutierrez was given credit for the 84 days he’s served in jail since his arrest.

Deputies were called to Carson Valley Medical Center around 1 p.m. to interview a woman who was being treated for injuries she’d received the night before.

She told deputies Gutierrez hit her in the head with a cell phone and punched her several times breaking a rib.

Gutierrez was previously convicted of a felony domestic battery in Eldorado County on Sept. 26, 2016.

In Nevada, three domestic battery convictions in seven years is punishable as a felony. Once convicted of a felony, any subsequent incident is also a felony, punishable by a mandatory prison sentence. There is also a mandatory minimum fine of $2,000.

• Probation was revoked for a former Lake Tahoe man who said he followed his pregnant girlfriend to Oregon and then got hooked on heroin.

Adam Scott Morris, 55, received 18-60 months in prison after he admitted that he absconded from supervision after he was sentenced.

“I should have never tried heroin,” he told District Judge Tod Young. “I’ve got a four-month-old baby and another one coming.”

Morris was arrested March 9, 2019, after an altercation in Minden after he was found with a .38 pistol. Morris had 14 prior felonies at the time, including convictions in Florida for burglary and fraud.

• A woman could be headed back to prison after she allegedly absconded from parole.

She admitted to a gross misdemeanor unlawful taking of a motor vehicle in 2016, but failed to check in and was arrested on a warrant accusing her of buying merchandise from a Gardnerville store. She was placed on probation in 2017 for fraudulent use of a credit card.

She was sentenced to 19-48 months in prison in February 2019 for making fraudulent credit card transactions.

Thun was arrested on a warrant out of Douglas County District Court because she didn’t set up a means to pay off her restitution. Attorney Maria Pence said a plan was in the works to pay some of what Thun owes.

However, after that’s settled, Thun must answer a warrant issued by the parole board for absconding.

• A man who said he used heroin every day was granted a diversion on the condition he attend Western Nevada Regional Drug Court.

Should he be successful, Butler will be able to withdraw his plea to the felony.

“I’ve never been in any program,” he told District Judge Tom Gregory.

• A Reno woman who has been in the wind since 2018 appeared in Douglas County District Court on Monday.

Heather White, 30, failed to appear for her arraignment after she was arrested Jan. 5, 2018, with methamphetamine.

She was arrested in Reno on the warrant and posted $3,000 cash bail.

She is scheduled to be arraigned on May 17. She remains free on bail.

• A woman arrested July 5, 2020, in a vehicle with more than 15 ounces of methamphetamine in the center console admitted to one count of transporting a controlled substance.

Arlene Francis Griffin, 53, received a suspended 19-48-month prison sentence, but was honorably discharged in connection with a plea negotiation.

The driver of the vehicle Griffin was a passenger in was sentenced to 4-10 years in November for low-level trafficking.

Darin Allan Navarro, 55, denied knowing about the drugs, but decided to take a plea bargain rather than face the possibility of life in prison.

• An Indian Hills man who admitted to capturing an image of a teenage girl’s private parts last year was sentenced to spend weekends in jail as a condition of his suspended sentence.

Sean Michael Ruff, 49, admitted to the charge on Monday.

Ruff said he was seeking treatment for sex addiction and has given up using marijuana.