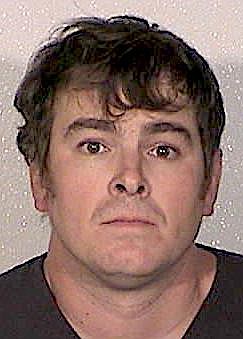 A Reno man could face up to 15 years in prison after he was arrested Saturday for a second felony instance of driving under the influence.

Shawn Nicholas Sulli, 34, was booked into Douglas County Jail after deputies responded to a couple arguing near the Jacks Valley Target.

According to documents filed with East Fork Justice Court, Sulli was found driving on Mica at around 7:30 p.m. after his girlfriend insisted on getting out of the vehicle because he’d been drinking.

He told a deputy he’d only had one beer. He refused to cooperate with a field sobriety test. His girlfriend told deputies he’d been drinking at three Tahoe bars and that she wanted to be let out so she could get a ride home.

A warrant was issued to take Sulli’s blood, which was a struggle according to the deputy.

He appeared in East Fork Justice Court on Monday and was released from custody.

Sulli previously served part of an 18-45-month prison sentence in 2011, according to the Nevada Department of Corrections.

Under Nevada law, a subsequent felony DUI is punishable by up to 15 years in prison with a mandatory minimum of two years and a $2,000 fine.