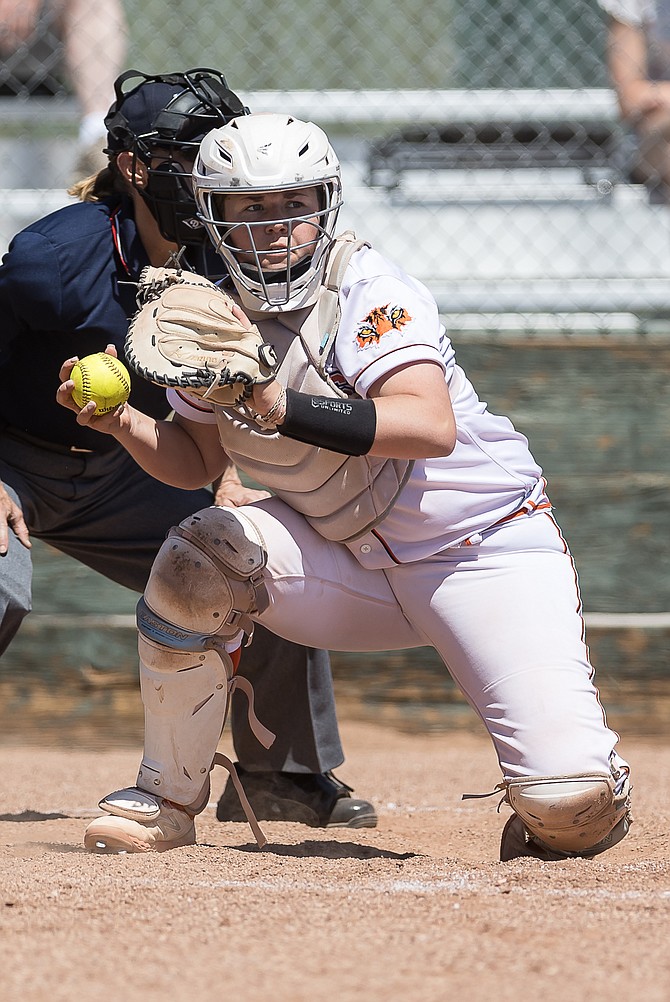 Douglas High catcher Ryleigh Blaire winds up to toss the ball back to the pitcher against Reno on Saturday. Blaire hit her sixth home run of the season Saturday and has now driven in a team-high 18 RBIs on the year. Photo by Ron Harpin.