Outbreak slowing, but it’s not over yet 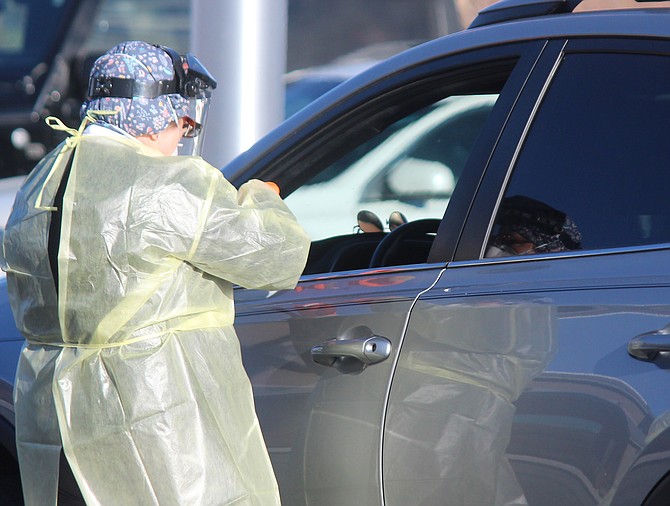 Two Douglas County men succumbed to the coronavirus, it was reported on Thursday, reminding residents that while the contagion is waning, it’s not gone.

One man in his 60s and another in his 90s died, according to Carson City Health and Human Services.

There are still far more people recovering from the virus than are getting it, according to figures released on Thursday. The number of active cases dropped below 300 on Wednesday for the first time since the Nov. 24 surge. On Thursday, the county had 274 active cases with 2,348 recoveries.

Mass asymptomatic testing is back in Gardnerville 9-10:30 a.m. Tuesday at the Douglas County Community & Senior Center.

On Thursday, the Dangberg Historic Home Ranch announced plans to reopen on April 1. The former home of the famous Carson Valley ranching family has been closed since the March 17, 2020, lockdown.

As of Tuesday, 30,120 doses of the coronavirus vaccine have been administered in Douglas, Carson, Lyon and Storey counties as eligibility for the vaccine continues to expand.

On Monday, vaccine eligibility started for anyone 16 and older with underlying health conditions.

State officials said that there isn’t enough vaccine available for everyone, so eligibility doesn’t necessarily mean getting a shot.

To find an appointment, visit nvcovidfighter.org and click on county plan. If there isn’t an appointment available, check again. State officials said new appointments will be added as vaccine becomes available.

County commissioners will meet in person for the first time since the lockdown began. On Friday, the county announced a plan to meet at the CVIC Hall in Minden on April 1.

The town boards of Minden and Gardnerville have met in person in the venerable hall, which provides more room than the commission chambers for people to spread out.

The governor signaled his intention to turn management of the crisis back over to the counties on May 1. That might not mean much in Douglas County, which doesn’t do a lot of business regulation.

“Management comes with a lot of strings attached,” County Manager Patrick Cates told commissioners. “Businesses regulated by the state, including gaming or that are subject to OSHA continue to fall under the state’s jurisdictions.”

Part of the hand-off is the development of a county plan by April 15.

Cates said that the county is working with Carson City Health and Human Services on a draft to present to commissioners.

Where the county will have control is approval of larger events.

The county is one of two on the state’s watch list for the virus, along with Lincoln County.

According to figures updated on Thursday, the county positivity rate over two weeks, with a one-week lag time, was at 8.8 percent. The threshold is 8 percent, so it’s close.

On Wednesday, CCHHS reported three deaths from COVID-19. A Lyon County man in his 70s and two Carson City residents, a woman in her 90s and a man in his 70s, succumbed to the virus.