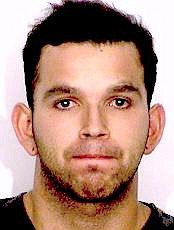 A man faces 2-15 years in prison after he admitted to breaking a woman’s rib and giving her a concussion during an altercation in Gardnerville.

Manuel Dejesus Gutierrez, 29, pleaded guilty to a count of battery involving domestic violence with a prior felony.

Gutierrez, who has been in custody since the Feb. 9 incident, was arraigned in Douglas County District Court on Monday. He is being represented by attorney Kris Brown.

In Nevada, three domestic battery convictions in seven years is punishable as a felony. Once convicted of a felony, any subsequent incident is also a felony, punishable by a mandatory prison sentence. There is also a mandatory minimum fine of $2,000.

Deputies were called to Carson Valley medical Center around 1 p.m. to interview a woman who was being treated for injuries she’d received the night before.

She told deputies Gutierrez hit her in the head with a cell phone and punched her several times breaking a rib.

Gutierrez was previously convicted of a felony domestic battery in Eldorado County on Sept. 26, 2016. He is being held in lieu of $100,000 bail