To the stars with Faith 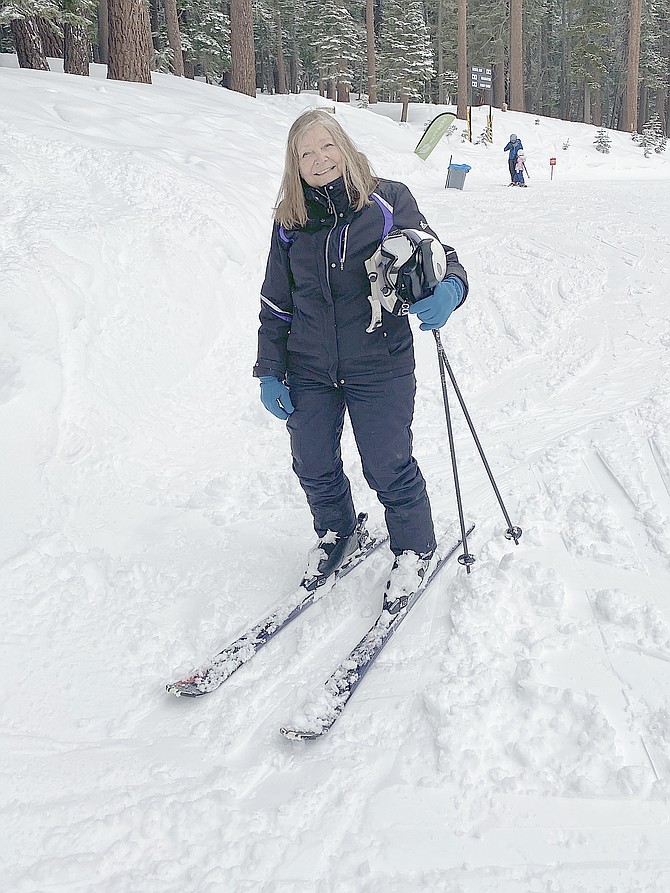 She heard her name repeatedly in sermons each Sunday, and once she was old enough to read she found it written over and over in the Bible. Faith Harper has “lived her name,” using it as a directive to guide her in everything she does.

Born in Dayton, Ohio, her father was a retail salesman and her mother was a Deaconess and Social Worker for the Lutheran Church. They wanted to pass on the ideas that were cornerstone in their own lives: Faith, Hope, and Charity. These concepts have provided good grounding for the whole family during challenging times, and allowed Faith to use the many talents she possesses to assist others.

In third grade, her mother was the teacher in a country schoolhouse that included Faith along with her brother and sister. When her mother was studying Western Civilizations in college, it not only led to Faith’s appreciation for the chronicles of the past, but also influenced her decision to become a teacher herself.

She graduated from Wright State University with a degree in History and a minor in Latin. We are fortunate to have a true Latin Scholar and instructor right here in our midst in such a tiny Alpine County town.

Faith’s favorite Latin quote is "Ad Astra per Aspera,” translating as “To the stars through hard work/hardship”. She has emulated this: dedicating herself to her constituents in politics, her students as a teacher, her church as an active participant, and her family as a wife and mother. Faith originally chose to study Latin so she would have deeper understanding of archeology. It has also illuminated her comprehension of language, communication, and the lore of antiquity.

Faith discovered early on that, “History answers questions.” She is an intensely passionate woman. Both gracious and humble in her approach, she emanates a true sense of thankfulness as she uses her gifts to navigate a positive pathway in her journey through life.

In Ohio, she started her community involvement as President of the Parent Teacher Association, Brownie Troop Leader, and went on to organize a successful campaign to implement county-wide bus service. After being appointed to the Regional Transit Authority, she ran for Ohio State Assembly, winning the primary against two opponents. One of her fond memories from this period is when she had breakfast with President Ronald Reagan and his wife Nancy. Although Faith lost the November election, she got a job as Assistant to a County Commissioner. Eventually she ran for and was elected to the Huber Heights Charter Commission.

Looking at the sunsets in Ohio, she would always imagine mountains. She finally found these mountains when she followed her aunt to Lodi, California with her two children in 1980. Her daughter Lisa was thirteen and son Todd was seven. This demanding cross-country move solidified their closeness as a family.

Faith decided to leave politics behind. In Lodi, she first worked for the Boys and Girl’s Club, and then obtained a great teaching position. For the next twenty-five years, she devoted herself to uplifting and encouraging her mentees. Faith says, “Teachers have to be like actors. You use your “persona” to convince your pupils what you are saying is important.” Her high school and college involvement in drama and plays gave her the tools she needed.

She spent several years as Senior Class Advisor organizing the proms for over a thousand individuals, and fifteen as the Academic Decathlon Coach. In 2000 she was elected as President of the Lodi Education Association, having a pivotal role in securing raises for instructors and continued safe working conditions.

Faith met her husband Tom through a friend. He was a music instructor who joined the Lodi Police Force. It was a good match, since they both were so dedicated to public service. After seven years of dating they were married. “We just wanted to be sure,” reports Faith “We became really good friends first. Our blended family is a lot like the Brady Bunch. We all like each other.”

Tom and Faith had visited Markleeville before, and loved the architecture and sense of the Old West that the tiny town embodied. They bought the historic Thornburg family home and settled into retirement seven years ago. They adore their mountain retreat, spending half the year between Lodi and here. The skiing, hiking, and beauty of the wilderness energize them.

Finally fulfilling Faith’s dream of actually visiting the places she taught about, they have visited Greece, Italy, South Africa, Spain, and France, just to name a few. She continues to write political commentary on her blog, and poetry as she is impelled.

Faith says she was gratified when “the children of my students returned to me.” She lives a life of connectedness, taking elements of disparate knowledge and using her understanding of history to tie it all together.

She loves exploring why people made the choices they did. Asking questions like “Why are you here? Where did your people come from? What are the stories and forces that have affected your life today?” she displays a fierce intellectual intensity. For her, “The years have flowed like the River Jordan.”

Faith has inspired and motivated her students, friends, family, and even strangers as well.