Big finish to 2020 for Douglas merchants 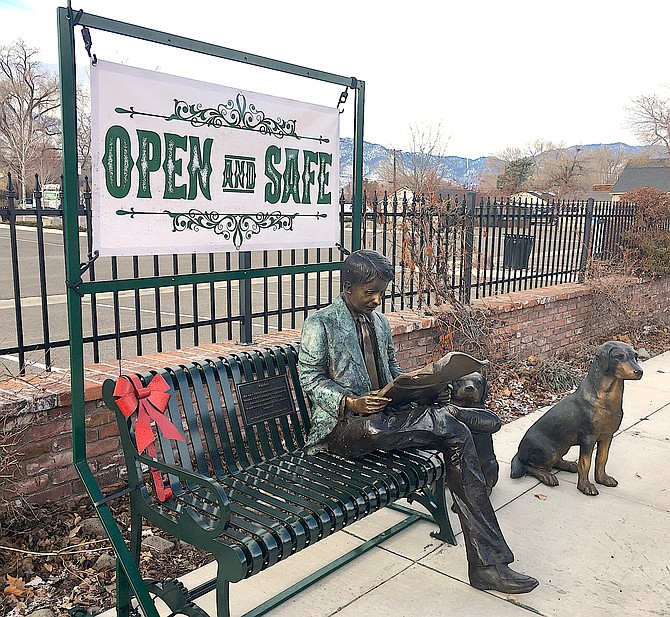 Douglas merchants closed out 2020 with a bang, according to figures released by the Nevada Department of Taxation.

The county is running 13.3 percent ahead of the fiscal year to date with $496 million.

General merchandise stores led the charge bringing in $14.1 million. Douglas County is home to two Walmarts and a Target that helped drive those numbers.

Nonstore retailers, including home delivery giant Amazon, drove $11 million in sales during December, up 24.6 percent from December 2019. Christmas shopping helped pump up sales in those categories. Electronics and appliance stores experienced a 9 percent bump during the month to $4.2 million.

Taxable sales at food services and drinking places were down 15.4 percent at $9.2 million, while accommodations were up 16.9 percent to $3.27 million. Most of that revenue is raised at the Stateline casinos.

Building materials, garden equipment and supplies saw a 39.9 percent increase to $5.59 million, reflecting current housing construction in the county. Food and beverage stores brought in $5.22 million, while motor vehicle and parts dealers saw a 58.8 percent increase to $4.49 million. That was mostly for parts, as Douglas is home to only one small car dealership.

Sales tax collections in the county actually exceeded that guaranteed by the state by $33,650 during December. The county received $1.31 million but raised $1.343 million.

Gaming numbers for January saw a slowdown at the Stateline casinos, which brought in $17.8 million, down 11.46 percent from January 2020. So far, the main source of Douglas gaming revenues are down 5.75 percent for the fiscal year that started on July 1 at $140 million.

Casinos in the East Fork and Carson City townships, which are combined for reporting purposes, saw a 12.9 percent increase to $9.78 million.

According to the Gaming Control Board, statewide casinos saw a 26.58 percent decrease in gaming revenues in January dropping to $762 million from more than $1 billion the year before.